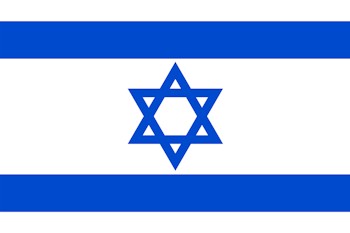 In a move that can only be described as incomprehensible and utterly tragic, Israel’s cabinet approved a new health policy that will cover all abortions for women from age 20-33 in the year of 2014. The government will pay for abortions at a cost of $4.6 million dollars. These state funded abortions will seek to provide funding for up to 6,300 women.

The Jewish Chronicle Online describes this decision as one that showcases how progressive and forward-leaning the country’s political stance can be, despite still having a dominant religious lobby, and a conservative prime minister.

Before this ruling, subsidized abortions in Israel were allowed only through approval of a special committee and in cases of sexual abuse, life endangerment or for women under 20 or over 40. Although women will still be required to go before a committee before aborting they now have access to free abortions for any reason. A Daily Beast article highlighting abortion in Israel explains that while abortions have to be approved by committee virtually every case is approved and doctors who perform abortions illegally outside of the state system are never prosecuted.

Dr. Yonathan Halevy of the Shaare Zedek Medical Center leads Israel’s Health Ministry commission who made the ruling. Dr. Yonatan told the Times of Israel, “We want large families in Israel. We definitely encourage birth. “But when pregnancy occurs and it is undesired or inadvertent, I think we should supply the means to end the pregnancy properly.”

This abortion ruling makes Israel one of the most liberal nations in the world in regards to abortion. Although Israeli health officials hope this initiative will inspire international state-funded abortions, religious leaders inside the nation and throughout the globe are condemning this new ruling.

Rabbi David Stav, head of a liberal group of Orthodox rabbis told the Times of Israel there was “no question” that in the absence of a medical emergency, abortion is against Jewish law.

Dr. Eli Schussheim, chairman of the pro-life group Efrat, compared the decision to theft, saying that by allocating funding for non-medically necessary abortions, the committee “is stealing… from sick people… and giving the money instead as a prize to 6,000 negligent women.”

The Baptist Press quoted C. Ben Mitchell a professor of moral philosophy at Union Univ. in Jackson, Tenn who said, “Israel has been wracked by bloodshed for centuries. It seems almost unimaginable that the state would now fund violence in the womb. We must add this to our prayer for the peace of Jerusalem.”

The Baptist Press also talked to Sandy Shoshani who leads Be’ad Chaim, a pro-life organization in Israel. She pleaded, “If you want to stand with Israel, then pray that we would stop our abortions. Write to our minister of health, write to our hospital directors. “I think that’s the way to go because the government doesn’t care at all, but the hospitals are getting money from Christians. They could be pushed. She goes on to say, “If you really love Israel, you want to stop abortion here, not support it.”

Israel’s Library of congress records that around 40,000 abortions take place in Israel yearly, with nearly half of them being illegal.