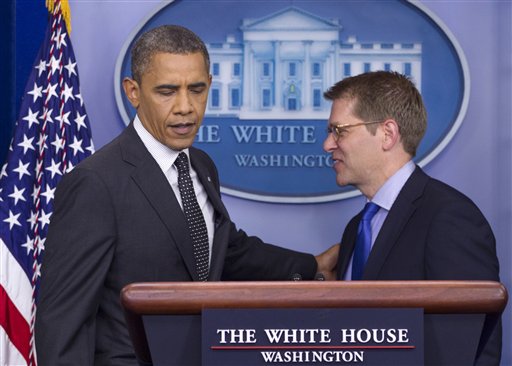 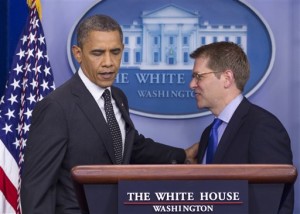 One other topic: there’s a murder trial in Pennsylvania, that I know you know is getting a lot of attention, more attention, the media was not getting a lot of attention, Kermit Gosnell, this doctor who is accused of having, delivering some babies who were literally screaming and then beheading them. He’s facing murder charges on that, it hasn’t been decided yet obviously, since he’s still on trial. Is the president following this at all, does the White House have any reaction to that kind of situation that is alleged?

I’ll say two things: one, the president is aware of this; two, the president does not and cannot take a position on an ongoing trial, so I won’t as well. Certainly, the things that you hear and read about this case are unsettling, but I can’t comment further on an ongoing legal proceeding.

Let’s peruse Memory Lane for a few “legal proceedings,” most of them “ongoing,” the president wasn’t so reluctant to volunteer his thoughts on:

The president’s reactions vary in accuracy and appropriateness, but they all prove that he won’t hesitate to opine on local matters and open crimes when he feels like it. When a case serves his views, there’s no end to the “teachable moments” or causes for “meaningful action.”

The Gosnell trial makes the White House squirm because Obama is the infanticide president. When a more sanitary version of Gosnell’s crimes was being committed in Illinois hospitals, Obama refused to do anything about it – partly because a hypothetical threat to Roe v. Wade bothered him more than newborns starving to death, and partly because, as Henry noted, that the very suggestion that any doctor would be capable of such a thing was an intolerable insult against their honor.

Honor. Sure would be nice to see some in the White House. When we can’t even trust a leader to put the welfare of newborns above politics, no decency line is safe.