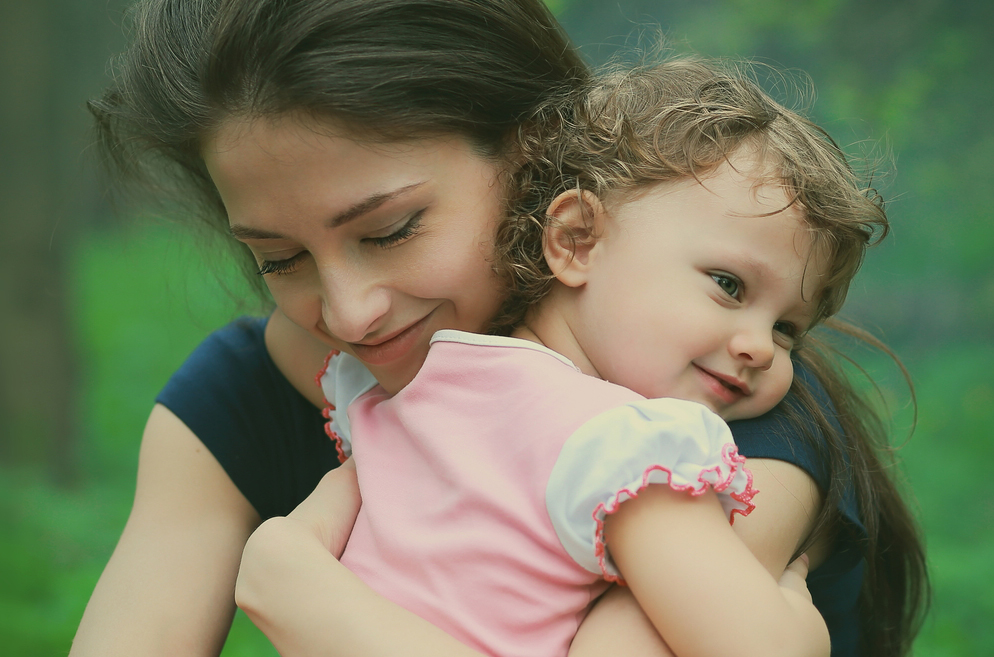 Popular photoblog Humans of New York recently shared two true stories about people who chose life instead of abortion. Facebook users responded in droves, with over one million likes and more than 29,500 shares between the two stories.

The comments have exploded, passing 13,000 – many with people sharing their own choices for life and the children they were blessed with as a result.

The most recent of the life posts from Humans of New York details a couple who got up and walked out of their abortion appointment, even after filling out the paperwork:

“I was 16 when my girlfriend got pregnant. We went to the abortion clinic on 59th Street. We filled out the papers and…

The other Humans of New York post shows a young man whose mother helped him see that a pregnant girlfriend was an opportunity for him to step up to the plate and act like a man – and like the father he already was – instead of shirking responsibility. Real fathers act to save and love their children. (If you’re a man who’s wondering what to do about the potential abortion of your child, go here.)

“My mom was driving me home from school when I told her that my girlfriend was pregnant. She’s a taxi driver, so we…

Here are some of the stories people shared in response to the two Humans of New York posts. There are an amazing number of women who cancelled their abortion appointments the very day they were scheduled – some even while they were in the clinic or on the table.

At every moment, we can choose life!

Vonalina Cake – “I cancelled mine the morning of the appointment…my boy is 17 now and 6ft 2 and a bit.”

Daf Guillen – “I was 16 and pregnant and also went to an abortion clinic. They did an ultrasound and turned the screen away from me. The doctor said I wasn’t allowed to see because it might make me change my mind. I started crying, sat up and said “I think I just did, I’m keeping my baby” now my son is almost 9 years old and I don’t know what I’d do without him”

Erica Roberts Crownover – “My first child is adopted and she’s almost 3 months old. Her birth mom is one of the bravest people I know and she had made two appointments to go to an abortion clinic, but the both times she couldn’t go through with it. I’m forever grateful to her for giving us what we struggled for years to have.”

Adia Wrapstostayhome Holt – “My boyfriend wanted me to get an abortion with our daughter. I went to the abortion clinic. I had the ultrasound and everything to tell how far along i was. But in Louisiana you have to wait 24 hours to actually have the procedure. I am so thankful for that because i couldn’t do it. My daughter will be 5 on Sunday. I am sooo happy i didn’t have the abortion. She saved me. I was acting reckless. Doing things had no business doing. I honestly know that she saved my life.” Nicole Helderlein – “My mom kicked me out when I told her I was pregnant. She took my car and told me she wouldn’t support me. 7 years later and I stand on my own, support myself and my daughter. Sometimes we find our strength out of necessity. Keep your head up and just do right by your child.”

Matthew Davis – “Hey man, I was surprised at 20 that I was going to be a Dad. I was scared shitless. That was 15 years ago and my parents were all super supportive. Now my daughter and listen to similar music and she is artistic and cooler and smarter than I ever was. I wouldn’t trade fatherhood-with all its challenges-for anything in the world.

Let me tell you something. Whether your Mom is old school tough or new wave soft, she loves you. Being a Man and manning up to being a FATHER to another human being is honestly the toughest, smartest, coolest, and most badass adventure upon which you can embark. You get to mold someone’s mind and heart and teach another human being how to be. What will you teach them? Weakness? Absence? No, I doubt that. I think that you will teach that small person about your manly strength, your intelligence, your passion, persistence, and your love. And I encourage you to do so. You will find great personal reward in this endeavor. And there is plenty of support out there. I have faith in you. I don’t even know you, but somehow I believe in you. If you want advice, let me know privately.” Sharlotte Mazoe – “Was in that exact position at 17. However, I was alone at the abortion clinic. Changed my mind at the last minute, and now she is 24 and the best friend i’ve ever encountered. She looks out for me, very protective of me and she is my biggest cheerleader. Can’t imagine what life would have been like without her. My dear, cherish every moment you have with her. I salute you both for taking that decision at such a young age. Bless you!”

Anne Shirley – “Even when she was a single cell, she had a life worth living, defending, protecting. The baby everyone told me to abort is 18 and heading to college, and her dad and I have been married 19 years. LIFE is beautiful!”

Soraya Atkinson – “I was 16 when I fell pregnant & my mum swore to me if I didn’t abort she’d never speak to me again. He’s almost two and they are inseparable! I live independently, study and have a happy healthy happy boy. Best decision I ever made was to not listen to my mum. A grandmothers love is so different to any other. She’ll thank you one day.”

Sarah Powell – “I had my first child at 17. I graduated high school 7 months later with my class. I went to college that fall. By the time I graduated 8 years later, I had 2 more kids. I now have 6, a bachelors degree, a husband, and a great paying job. We are happily middle class, own our home and a business. A child too soon isn’t a death sentence.” Judy Boudreau – “I was 38 when I got pregnant. My husband didn’t want kids but when I said I couldn’t go through with an abortion we decided to go for it. Unfortunately I had a miscarriage, but my husband said “let’s try again … I got used to the idea of having a rugrat.” So at age 40 and again at 43, I had 2 beautiful baby boys who have made my life so beautiful that I cry thinking of the alternative.”

Kari Botts – “I was 18 when I told my mom and dad I was pregnant. My mom rose from her chair and immediately hugged me. It took my dad 3 days to say anything to me. But he finally did. Now my son is 17 and he is the best choice I ever made! I married a man who has raised him as his own and loves him as his own.” Amanda Szela – “I got pregnant after my boyfriend and I had been dating 9 months – I was 23 and living in my own, but I was still nervous to tell my parents. I was so anxious waiting for their response and then my dad said ‘if everyone waited until they were ready to have a baby, no one would ever have babies…’

It was the best response. We are now married, my daughter is 4.5yrs old and we have a 6 month old baby boy.”

Laura Grace – “My mom made me “man up” too!!! I was 18 when I got pregnant, had my son at 19. My mom would NOT watch my son unless I was going to school, work, or a doctors appointment!

My son will be 17 in February and wants to join the Air Force to become a para rescue jumper…I couldn’t be prouder!!

It will all work itself out!!!” Amanda Nicole – “I got pregnant at the age of 21. My parents were really cool about it. I had thought they would of kicked me out. My boyfriend at the time wanted nothing to do with me when I told him. Now I’m 22, in school to be in the medical field, I’m working part time and I have a beautiful baby girl named Olivia. My life has completely changed and it’s all for the better. The first time you see your baby on the ultra sound I knew I had to be the best person I could be. I love my baby girl more than anything. She’s the best thing that could of ever happened to me. Be the best you can and your child will love you more than you know. The love of a child and those moments where you see them smile is worth any sleepless nights and any aggravation you may have. Good luck to you and your girlfriend.”

Nicole McEacharn Potts – “I was 17 and pregnant and briefly considered the same. But now he’s 20 and he’s a US Marine and I could not be more proud of him. We did good.”

Roman St Pierre – “That’s amazing sir! I’m a young father myself. I have an amazingly beautiful daughter that is over two years old now. I don’t regret one single second not going forward and being with my now fiancé, and being with her every second of her pregnancy. Congratulations. It looks like your doing just fine as a father!” Deb Fowler Dunn – “When my twenty-something daughter got pregnant I asked her if she’d consider getting an abortion. At the time she was addicted to opioids and with a total loser. That was four years ago. She’s been clean of drugs nearly 2 years, has her own apartment, supports herself and her son without the baby-daddy’s help and we have the most precious 3 year old grandson. I’m glad she knew better than Mom.”

Terri DeWolf Mark Booth – “Good for you guys! I did the same thing 37 years ago. Never regretted it! He’s a handsome, wonderful man.” “My gorgeous mom chose life. Here she is with the daughter she loves.”

Many Facebook posters congratulated these parents on choosing life, hoping that many more would do the same:

Wendy Brenneman – “This should be a flier in every abortion clinic. So glad you chose life!”

Christina Miller Hirst – “Never heard of a woman who regretted not having an abortion.”

Robyn Hefferan  – “How many others wish they had listened to that small voice?”