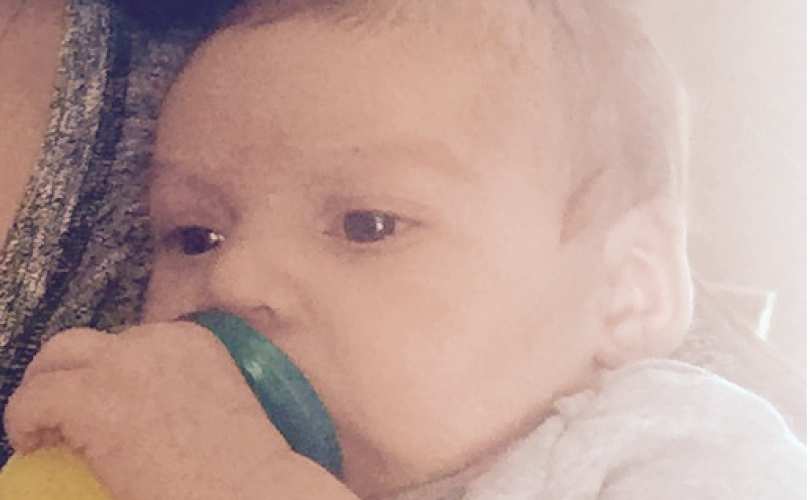 The doctor chided her that the pill was expensive and would melt if she didn’t take it soon. This doctor – who had never seen her before – repeated what she and her boyfriend had already told themselves, that this was not the right time for a baby.

She swallowed the pill and went home with a second pill, misoprostol, that she was to take 24 hours later.

“I waited the 24 hours, and then I went to the emergency room,” she said.

She was desperate to find a way to save her baby.  Hospital personnel said her baby would be born “deformed” if she didn’t complete the abortion.

She frantically called two ob-gyn doctors, including her own, but neither could help her.

By then she had started to bleed and had slight cramping. She thought it was too late, but a Google search led her to a story about a woman in California who had a child after her medical abortion was reversed. That story led her to a 24-hour hotline (877-558-0333), and the nurse at the hotline connected her to a pro-life doctor in Clark, N.J.

The doctor gave her progesterone injections to counteract the mifepristone, and monitored her throughout the pregnancy.

Amazingly, Gabriel David was born Dec. 31, 2014, two days before his due date and weighing in at a healthy 8 pounds, 9 ounces.

Ms. Minichini’s son is one of 78 babies born since the first abortion pill reversal was performed in 2007. Another 49 women are still pregnant with babies saved from medical abortion.

Read: The day I performed the first-ever RU-486 abortion reversal

At a press conference at 10 a.m. Feb. 23 in the Zenger Room at the National Press Club in Washington, D.C., Ms. Minichini told the story of how the progesterone injections saved Gabriel’s life after she had taken the first of two abortion pills, and then had a change of heart.

The press conference was sponsored by Priests for Life and the American Association of Pro-Life Obstetrician-Gynecologists to call attention to the life-saving procedure and to a new “RU-486 Reversal Kit” now available to physicians.

Dr. Matt Harrison, medical advisor to Priests for Life, did the first reversal in 2007 – relying on prayer and a deep understanding of the way mifepristone works. In 2012, Drs. George Delgado and Mary Davenport published a study in the Annals of Pharmacology, outlining a reversal protocol developed by Dr. Delgado.

Since then, 223 reversals have been attempted, with 127 babies already born or on their way.

Noting that one-quarter of abortions now performed before eight weeks are medical abortions, Father Pavone said it’s vital for mothers and doctors across the country to know that reversals are not only possible but often successful.

“Abortion supporters like to say that women who choose abortion have made well thought-out decisions. The reality, however, is that those going into abortion facilities are filled with doubt and ambivalence,” Father Pavone said. “It’s important for those who take the deadly RU-486 drug to know that there is time to save the baby if they have a change of heart. And it’s important that doctors know this simple protocol is available.”

Mothers and doctors looking for more information may go to www.AbortionPillReversal.com.

Editor’s Note: This article originally appeared at Priests for Life, and is published here with permission.