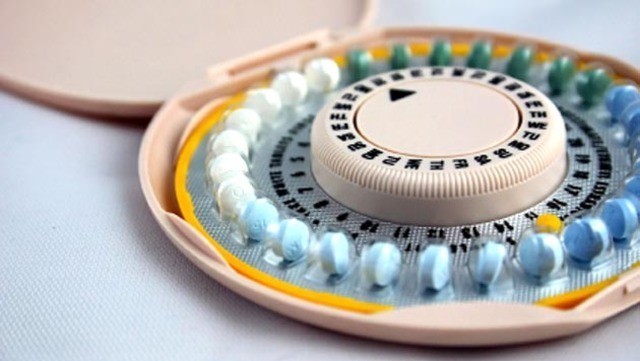 This week, the British Journal of Pharmacology will publish the results of a study that shows that taking some hormonal birth control pills for five years or more doubles the risk of developing a brain tumor, the Telegraph reports.

The study, led by a Danish neurologist, revealed:

[H]ormonal contraception, particularly progestogen-only methods such as the micro-pill, increased the chance of glioma of the brain, a rare type of cancer which affects around five in 100,000.

The study  examined different contraception methods among 317 women and compared them to a control group. It monitored “oral contraceptives, patches, injections and implants [that] contain female sex hormones,” all of which are used worldwide. The study showed:

They essentially switch on the body’s own contraceptive measures which occur during pregnancy to prevent a woman becoming pregnant again while she is already carrying a baby.

Though researchers say they don’t know the causes of glinoma and other brain tumors, there is some evidence that female sex hormones increase the risk of developing some cancers.

The study focused on women using progestogen-only methods, and the results showed that the risk of a brain tumor was “2.4 times higher than the control group.” Some other methods of hormonal birth control did not show as high of a risk, according to Dr. David Gaist from the Odense University Hospital and University of Southern Denmark. Gaist noted that the risk of developing such a tumor is still small. He also said he still recommended using hormonal birth control as the best option because the benefits are greater than the risks, despite the fact that they found “statistically significant association between hormonal contraceptive use and glioma risk.”

These results are troubling because they add to an arsenal of problems with hormonal birth control, such as its link to increasing breast cancer risk. A U.K. study reported a 45% higher risk of breast cancer for women on the pill. Lesser problematic effects may include blood pressure and cholesterol rising.

But most troubling of all is the fact that it’s possible for the pill to be an abortifacient — before a woman would even know she is pregnant. There are many ways hormonal birth control may work to prevent pregnancy, but as Pharmacists for Life International notes, one of them is life-destroying (emphasis added):

[A]ll formulations of the pill cause changes to the lining of the womb (properly known as the endometrium). Under the influence of the chemicals in the pill, the lining of the womb doesn’t grow to the proper thickness. You will notice that your periods are lighter when you are on the pill. This is because the lining of the womb has not developed properly. But this change also means that the womb is not in the right stage of development to allow a fertilized egg to attach properly (this attachment process is known as implantation).

This recent study is yet another in a long line of troubling information about the dangers of hormonal contraception. Meanwhile, Planned Parenthood and President Obama are so deeply focused on handing out free birth control with no co-pays that women are led into believing they are taking wonderful, curative medicine instead of a potentially cancer-causing, egg-expelling drug. In fact, the way Planned Parenthood puts it, this is “preventive health care.” The abortion giant, however, fails to mention what this prevention actually costs — your baby’s life and possibly even your own.