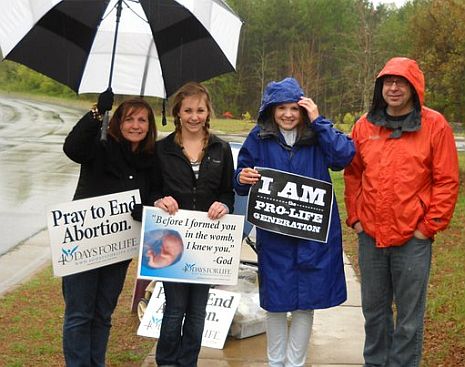 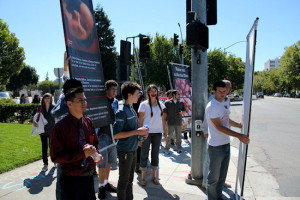 While many are curled up inside, hiding from Friday’s freezing temperatures in many parts of the nation, the senior class of St. John’s Catholic High School in Beloit, KS, and many others nationwide, will be outside standing for the unborn, in a peaceful protest of abortion.

The class from St. John’s, who we first told you about in October, will be at the South Wind Women’s Center in Wichita, KS this Friday. Katie Greenwood, who is the student leader of this effort, working with her religion teacher, Andrew Niewald, reports that since the original story on their labor of love, the response from the public has been overwhelming.

Schools across the nation have pledged their support and will join them in their own regions. Katie knows of schools in Colorado, Nebraska S. Carolina, and Rhode Island, among others. Locally, Sacred Heart Catholic School in Salina, KS and Kapaun High School in Wichita will join St. John’s on Friday. The high in Wichita is forecast to be about 26 Friday, but there no plans to back away from their almost-three hour drive to stand outdoors and stand for the unborn who never see the light of day.

And the students will have another pro-life champion with them at the Friday protest and rally. Congressman Tim Huelskamp, who represents the district in which St. John’s is located, contacted Katie soon after the story first appeared and pledged his support–and his appearance at the rally. Huelskamp will speak to the youth in attendance. Katie will also address the crowd. Operation Rescue has also said it will send representatives to join the Friday protest and youth rally.

Predictably, the publicity has brought varied responses, some negative, but much positive. At the core, the issue of the value of life is at the forefront. Across the nation, stories have been published about this small high school (40 total, 10 seniors), and on Tuesday, St. John’s seniors were interviewed on a Catholic radio show in Hays, KS.

Katie’s heart beats for the beating hearts of the unborn, whose lives are stolen.

It’s because of the shared passion for the unborn that Katie has no doubt this work will continue, even though she and the senior class will leave the school next year.

“I know a couple of students in the grade below me would be readily willing to take on this endeavor, and then they know students below them. The teachers at St. John’s, especially Andrew Niewald, will definitely keep promoting this venture. “

To find out more about Catholic School Life Rally 2013, you may like their Facebook page, linked here. We will  have a follow up for you with a report on what will be the first event for St. John’s Catholic High School in small Beloit, Kansas.

The school is asking that those who participate take pictures and send them to [email protected].