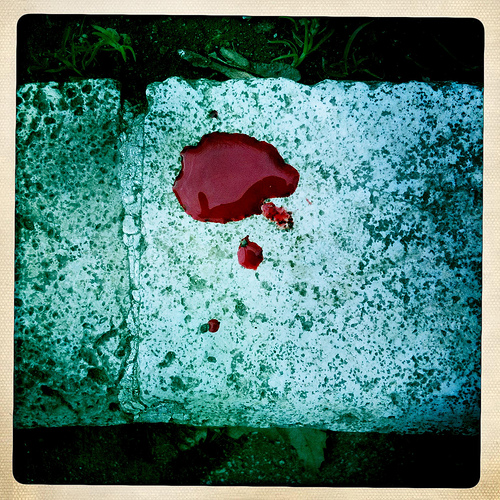 What horrific information has yet to be revealed?

Kermit Gosnell’s murder trial is, without a doubt, one of the most grisly and disturbing cases to face an American courtroom. The 281-page Grand Jury Report included horrific photos of Gosnell’s victims. The state of Pennsylvania was reprimanded for failing to oversee Gosnell’s abortion clinic and let these tragedies continue unchecked – for years.

During the recent weeks of the Gosnell trial, disturbing – and almost unbelievable – information has come to light. Several of Gosnell’s employees, including his sister-in-law, have agreed to testify against him. And the weight of the evidence seems damning.

America must know what happens when abortion clinics go unchecked and unregulated by appropriate state authorities. America must know what happens when abortionists, already callous to human life, begin to take joy in causing cruel deaths. Abortion is not an end-game. No, it is merely the beginning of a long, tortuous road that leads to unthinkable abuse and human rights violations.

News One reports (emphasis in the original):

Between the hours of 8 and 10 p.m. at night,Gosnell and his unskilled, uneducated employees would allegedly kill the babies by cutting their necks and snipping their spines.

‘I learned it [cutting spines] from Dr. Gosnell,’ said Moton in response to a question from Assistant District Attorney Edward Cameron. ‘I never asked why.’

‘Can you say how many you did?’ Cameron asked.

‘I could remember a good 10 times that I did it,’ Moton replied.

Steven Massof, another employee, remembered many more instances of witnessing babies’ spinal cords being snipped while they were alive. Operation Rescue – who is present at the trial – reports:

Massof testified that he had an interest in abortion and a curiosity about it. To become more involved in the abortion part of Gosnell’s business, Massof began ‘helping move patients around’ from one area of the clinic to the next. Later he began doing first trimester procedures and eventually took on the ‘second tris,’ testifying that he saw over 100 babies born alive who had their necks snipped in what he said was ‘literally a beheading. It is separating the brain from the body.’

During busy times, when the women were given drugs to induce contractions all at once, Massof told the court that ‘it would rain fetuses. Fetuses and blood all over the place.’

‘I felt like a firemen in hell. I couldn’t put out all the fires,’ he said.

A report from the New York Daily News relates the prosecutors’ belief that Gosnell was in it for the money:

And they say he made even more on the side running a ‘pill mill,’ where addicts and drug dealers could get prescriptions for potent painkillers. Authorities found $250,000 in cash at his home when they searched it in 2010.

Testimony has also begun to come out which may indicate that Gosnell and his employees forced women to have abortions, even when they changed their minds. Such actions unfortunately seem to be the modus operandi even for Planned Parenthood. Once a woman gets back to the procedure room, it seems she has little hope of leaving with her child – despite any last-minute change of heart.

He [Massof] told the court that Elizabeth Hampton, who testified before him, was the women who would help ‘hold down the women’ who were uncooperative during abortion procedures.

‘This statement was troubling to say the least and begs the question of whether some of these abortions were forced. This is a more common practice at American abortion clinics that most people would think. We have on file statements from many women who have suffered forced abortions under similar circumstances to those described by Massof,’ said Troy Newman, President of Operation Rescue.

Gosnell and his staff also repeatedly harmed women’s own lives. Earlier in the trial, a woman who was 17 at the time of her abortion testified about her experience at Gosnell’s clinic:

The Chester woman said she given abortion drugs in Delaware and sent home the first two days, then was directed to the West Philadelphia clinic the third day.

She was in severe pain by then, pain that only worsened the following week, she said.

Her aunt had taken her to the clinic and paid the $1,300 fee, and they had not told her mother.

‘I never felt pain like that, ever,’ the woman said. ‘I couldn’t talk to anybody and tell anybody.’

But the teen ended up being hospitalized for two weeks with a large abscess and a blood clot near her heart. Prosecutors say she is one of countless patients injured during botched abortions or unsanitary conditions.

Steven Massof was right. He was in hell.

Gosnell’s trial should last another month, and it’s anyone’s guess what horrific information is yet to be revealed…