One of the tight gubernatorial races of the year finds itself in Colorado, where Republican Bob Beauprez faces off against Democrat incumbent John Hickenlooper.

Beauprez recently made a factual and very bold statement about IUDs.

Beauprez: I have no problem with people using contraception. I have a big problem…with publicly funding contraceptions that are actually abortifacients. Because our citizens have said over and over again that they don’t want taxpayer funding of abortions. …

Hickenlooper: We’re talking about implants and IUDs. I don’t think they fit that–

Beauprez: [An] IUD is an abortifacient, John.

(Not surprisingly, Planned Parenthood took issue with Beauprez’s statement – likely because of the abortion giant’s intention to push IUDs as birth control onto teenage girls. The organization had the gall to refer to itself as a “trusted provider of reproductive health care in Colorado,” despite the current documentation of widespread corruption at Planned Parenthood of the Rocky Mountains.)

Beauprez explained further after the debate:

“Do you understand how IUDs work? The egg is fertilized and never allowed to impact [implant],” he said. “That’s why people who consider that life begins at conception believe (IUDs) are an abortifacient.”

The major articles written about Beauprez’s statements have attempted to make him look like a dim-witted doofus who hasn’t got a clue about real science. And yet, the joke is on those who’ve written these articles. 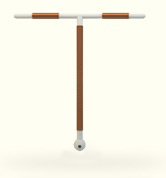 As Ari Armstrong — a vocal pro-abortion advocate — writes, “intellectually honest people can at least be open and candid about the facts.”

So what are the facts about IUDs? Are they abortifacient? In a word, yes.

1) The definition of pregnancy (also called “conception”) was specifically changed to allow for abortifacient birth control.

[Dr.] Brent Boving…had already planted that thought [changing the definition of conception to allow for abortifacient birth control] in the minds of those gathered at a 1959 Planned Parenthood/Population Council symposium when he made this comment:  “The fact of giving implantation control the advantage of being socially considered as conception prevention rather than the destruction of an initiated established pregnancy is simply the habit of prudent language.”

In other words all social engineers have to do is say that conception doesn’t begin at fertilization, but it begins at successful implantation.  If enough important people say this enough times, the habit of prudent language will make it the acceptable standard.  Or as Vladimir Lenin stated, “A lie told often enough becomes the truth.”

In 1972, Stedman’s became the first medical dictionary to define conception as the “successful implantation of the blastocyst in the uterine lining.”  A year later brought the favorable decisions of Roe v Wade and Doe v Bolton.

As Planned Parenthood celebrated their victory they came to the sudden realization that they now had another definition in need of manipulation.  At what moment does a fetus become a human person?  Having mastered the art of semantic gymnastics to further their cause, Planned Parenthood knew the answer to that question. When a fetus becomes a human person “is simply the habit of prudent language.”

2) Basic science textbooks agree that a new, human life comes into existence at the moment of fertilization, not implantation.

A multitude of direct textbook quotes are listed here.

Of course, it logically follows that any birth control device that prevents implantation after fertilization has taken place ends the life of living human being. Thus, it is abortifacient.

3) IUD manufacturers admit that their devices prevent an unborn child from implanting; thus, they are abortifacient.

A web site for Paragard, a brand of copper IUD, states, “The copper in Paragard . . . interferes with sperm movement and egg fertilization. Paragard may prevent implantation.” Implantation of what, you may ask? Obviously, of a zygote. And what happens if a zygote does not implant in the uterus? It dies. The FDA-approved prescription information for Paragard states, “Mechanism(s) by which copper enhances contraceptive efficacy include interference with sperm transport and fertilization of an egg, and possibly prevention of implantation.”

As Armstrong correctly writes, “the definition used does not alter the underlying facts.” Even though an altered definition of pregnancy and conception has been adopted by pro-abortion medical personnel, it does not change the fact that IUDs can and do cause the death of unborn children after fertilization has taken place.

Women deserve to know these facts. Good on Bob Beauprez for courageously revealing them.

Follow these links to read about the abortifacient effects of the Mirena IUD and the birth control pill.