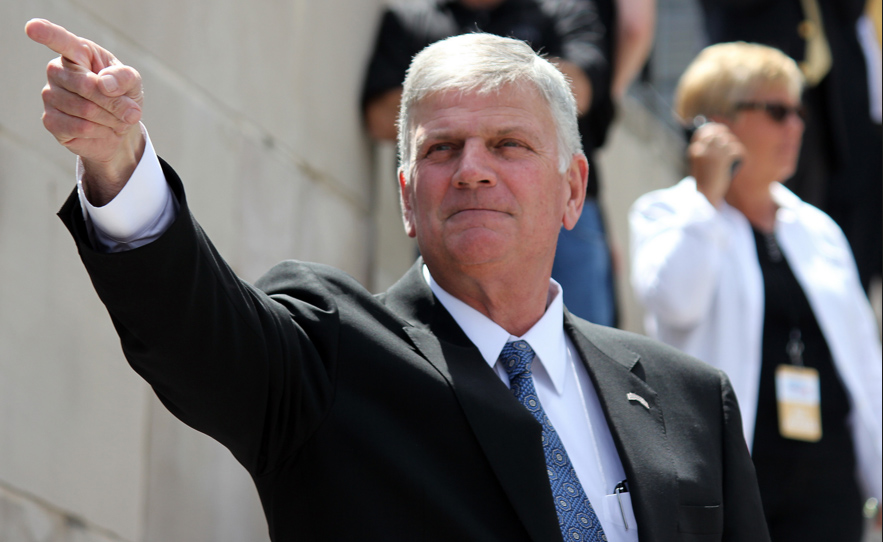 During a recent stop to Michigan, Reverend Franklin Graham spoke to over 8,000 attendees as part of his Decision America tour. Without endorsing a presidential candidate, Graham said the single most important issue in November will be the future of the U.S. Supreme Court.

Graham, who has been traveling the country, also condemned abortion during his Michigan stop, stating: “Just because it’s the law of the land doesn’t mean it’s right.”

On Friday, September 30, the United States celebrated the 40th anniversary of the Hyde Amendment, a pro-life measure passed every year with bipartisan support, which has been credited with saving over two million lives by preventing taxpayer funding of abortion through Medicaid.

CNS News reports that Graham commented about the anniversary on his Facebook by linking to a National Review article in support of making the Hyde Amendment permanent law.

“Abortion is murder—it is infanticide! It should not be paid for with our tax dollars,” Graham declared before taking a political stance. “Some political officials—liberals who call themselves progressives—are seeking to overturn the Hyde Amendment. We need political leaders who will, along with citizens who value life, stand up for the most vulnerable and voiceless among us,” he also wrote.

Graham also maintained in his post, “I’m not telling anyone who to vote for, but I am speaking out on issues that impact all of us as Americans. God cannot bless a nation that embraces the murder of innocent children.”

The Democratic Party Platform and the candidates at the top of the ticket, nominee Hillary Clinton and running mate Tim Kaine, favor repealing the Hyde Amendment.

The Republican Party adopted the most pro-life language to date in its platform, and nominee Donald Trump has released a letter stating he plans to permanently ban taxpayer funding of abortions. Rev. Graham left the GOP in December over the party’s failure to defund Planned Parenthood.

Candidates from both parties must work together to abolish abortion and unite over the protection of human life.