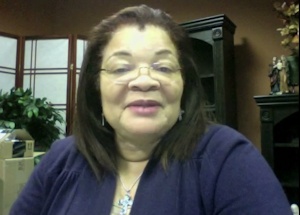 Dr. Alveda King, Director of African American Outreach at Priests for Life, is the niece of civil rights champion Dr. Martin Luther King, Jr. A strong pro-life voice among the African-American community, Dr. Alveda King is following in her uncle’s footsteps as she leads a crusade to restore civil rights among the most vulnerable minority group in America: pre-born black children.

Earlier this year we learned that, in New York City, more black babies are aborted than born. Dr. King takes on abortion giant Planned Parenthood each year, as she steps to the fore to remind America that Planned Parenthood’s legacy is completely out of step with the views of her uncle, Martin Luther King, Jr. In a recent video address from Priests for Life, Dr. King once again set the record straight regarding her uncle’s pro-life convictions.

Transcript of the video:

I’ll be talking about the deception of Planned Parenthood and how they attempt and try to say that Martin Luther King, Jr. would have supported their agenda. Absolutely he would not.

At priestsforlife.org/africanamerican, I have a message there… I’d like for you to look at that particular information that proves that Dr. Martin Luther King Jr. was pro-life. And I say this with a certainty even though during his lifetime Dr. King lived in a time when abortion was illegal, and so it was not something that he addressed directly as a platform even though his father – my grandfather – “Daddy King,” had encouraged my parents not to abort me. My mother wanted an abortion; my daddy did not. But there was the Birth Control Leage in town that would later become Planned Parenthood that was teaching women even in that day with that day, with the Negro Project, teaching black women that you don’t have to be a mother if you don’t want to. As a matter of fact, you’d be a greater credit to your race if you were not having children. So we’ve got sterilization for you so that you don’t have to bear your babies. And if you find yourself pregnant, of course, there are things that could be done to assist you in that manner.

There was a procedure for “mysterious female ailments” [pregnancy] – they called it a D&C back in those days. And so even if women got pregnant, or if they partook of the sterilization procedures and all of those kinds of things, there was an effort during the time that I was conceived in 1950 to reduce the Negro population.

And so my mother had heard about that. She and my father were engaged, and she had become pregnant. They went to their pastor, Martin Luther King, Sr., and he says ‘You can’t have an abortion. This is a little girl. I saw her in a dream three years ago. She has bright skin and bright red hair, and she’s going to be a blessing to many people.’ And of course, so mother did not have that procedure for the mysterious female ailment, and Alveda King is still living in the twenty-first century.

And so Martin Luther King, Jr.’s daddy, Daddy King, was very prophetic, always on-guard to make sure that generations were allowed to be born and to come forth. As a matter of fact, one of his favorite Bible quotes was ‘I have been young and now I am old, and I’ve never seen the righteous forsaken, nor their seed begging bread.’ And so Martin Luther King, Jr. was born into a family that valued the sanctity of life.

I brought one of his quotations with me and it came from his 1967 Christmas message. I’ll just read it for you: “The next thing we are to be concerned about if we are to have peace on earth and goodwill towards men is the non-violent affirmation of the sacredness of all human life. Man is a child of God, made in his image and therefore must be respected as such. And when we truly believe in the sacredness of human personality, we won’t exploit people, we won’t trample over people with the iron feet of oppression, we won’t kill anybody[.]” …

Martin Luther King, Jr. understood that [our personalities are sacred], he stood for that, and so I really want to encourage you to know that Martin Luther King, Jr. was pro-life. Planned Parenthood’s efforts of trickery and deception to make people think that it’s OK to abort babies or hurt women with carcinogenic birth control mechanisms, that’s not good.

And I think that it’s very important for me to bring that message every year… This year, 2014… on July 2nd there is going to be the anniversary of the Civil Rights Act. And as we remember Martin Luther King, Jr. and the freedom movement of the 20th century and you’re thinking about everything that I have said, please know that Planned Parenthood is not trying to help us as a people. Not only African-American people, but also all families are at risk from some of the tactics of Planned Parenthood.

So if we are really going to celebrate fifty years of the Civil Rights Act, we are going to have to recognize the sanctity of all human life, the sanctity of the human personality, and to include our brothers and sisters from the womb until natural death in that process. So that means the babies who have been conceived, the young people, the mature adults, the elderly, the sick – everybody’s human personality is sacred.

So I just want to again encourage you to study the real legacy of Martin Luther King, Jr., which would be peace and non-violence as you consider his relationship in the Civil Rights Movement and to know that their babies and their families would have been included.