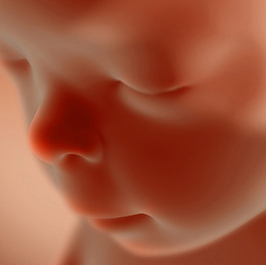 The right to feticide.

When it comes to abortion rights, Barack Obama has voted for preserving that right all the way up until a baby born alive dies from the deliberate denial of medical care after a botched abortion.

A recent National Right to Life poll indicated that an increasingly pro-life electorate supports the bill’s 20-week criteria 64 percent to 30 percent, which is why America’s Contrarian-in-Chief seeks to impose yet another abhorrent opinion that the majority rejects.

When asked about the bill, White House Press Secretary Jay Carney reiterated that the president “has been absolutely clear about where he stands” on the issue of abortion. That’s for sure!

In a Statement of Administration Policy, the president called the “Pain-Capable Unborn Child Protection Act” (H.R. 1797) “an assault on a woman’s right to choose” and said it shows “contempt for … the Constitution.” Oh no, not contempt for the inhuman treatment of the most helpless and innocent among us – but “contempt for [a] Constitution” that the president has already made quite clear is what he has contempt for.

Barack Obama has spent his first term diligently working to undermine, for starters, the First, Second, and Fourth Amendments. Yet he’s willing to embrace the Constitution if he can apply his twisted interpretation of the 14th Amendment to a procedure that seeks to exterminate babies until the ninth month of pregnancy – and sometimes beyond.

So is Obama saying he doesn’t care if human beings suffer agonizing deaths? Apparently so, and for those of us outside the womb who think we’re exempt from needing “pain-capable protection,” what does Barack Obama’s disregard for the suffering he seeks to dispose of portend for the elderly and chronically ill?

Americans had best beware that at some point, the sick and aged are almost guaranteed to be denied medical treatment from government panels doling out favors like the IRS doled out tax-exempt status.

Nonetheless, Barack Obama – who, by the way, called his “two precious daughters,” Sasha and Malia, “miracles” – “strongly opposes H.R. 1797,” which he feels “would unacceptably restrict women’s health and reproductive rights and is an assault on a woman’s right to choose” – that is, to choose to dispose of a fully formed, feeling, living “miracle.”

So defensive is he about the right to feticide that Barack Obama has even refused to comment on the heinous crimes committed by now-convicted murderer and sensational late-term abortionist Kermit Gosnell. Suffice it to say that it takes a world-class ogre to vindicate murder by endorsing it as “women’s health and reproductive rights.”

Surely, Obama’s anti-Born Alive Act rationalization is that the decision whether a child lives or dies is out of the hands of God and is instead between a woman and her doctor. As Florida Planned Parenthood lobbyist Alisa LaPolt Snow has so plainly pointed out, if the baby is inadvertently born alive, what goes on behind closed doors should remain a “private” decision between the woman and her doctor.

Barack Obama seems to be going through a lot of effort to publicly stand against a bill that has no companion bill in the Senate and is unlikely to ever make it to his desk. The president views restricting the right to scald, dismember, and suction an unborn child from the womb, regardless of how painful, as a “direct challenge to Roe v. Wade,” which he feels “shows contempt for women’s health and rights, the role doctors play in their patients’ health care decisions, and the Constitution.” Thus, in addition to making a statement in support of late-term, partial-birth, and a hands-off kind of post-birth abortion, just prior to the full implementation of ObamaCare, the president has revealed his acceptance of a brutality against the unborn that stands poised to impact everyone’s life.