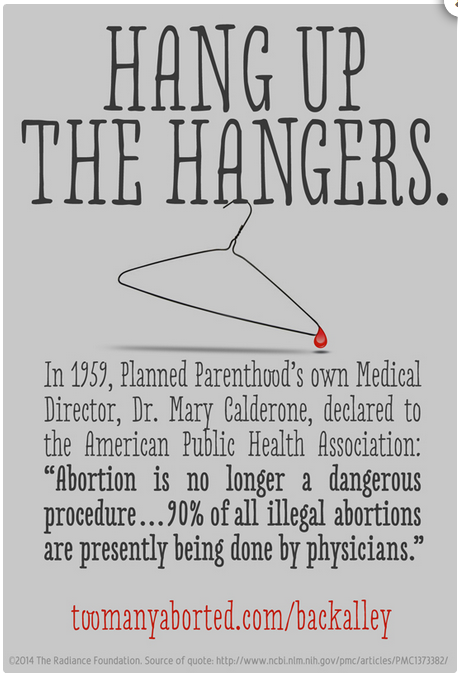 I previously wrote an article about Dr. William Raushbaum, a late-term abortionist who died in 2005. The original article contained a number of disturbing revelations including the one that Dr. Raushbaum had a recurring nightmare of an unborn baby clinging to the walls of a woman’s uterus as he tried to tear her from her mother’s womb.

Also disturbing is the following statement, about how Dr. Raushbaum started performing abortions as soon as it became legal to do so:

Like the other board-certified doctors who were suddenly doing procedures previously relegated to back alleys, Rashbaum lacked training in the necessary medical techniques. “None of us knew what we were doing,” he says. “The only people who knew how to do abortions were the criminals.” Rashbaum and his colleagues practically taught themselves how to perform abortions and were limited by the crude instruments of those days — Dixie cups attached to the suction machine by rubber bands.

It is disturbing that he and his colleagues “taught themselves to perform abortions” and “didn’t know” what they were doing – not to mention that they used substandard equipment. I would not have wanted to be one of the women that Raushbaum and the other doctors learned on. How many complications were there; how many injuries did these doctors cause before they learned what they were doing? The author of the article never asks that seemingly obvious question. Pro-choicers often say that Roe V. Wade ended the era of dangerous, back alley abortions, but Raushbaum says that the criminal abortionists were more competent than the legal ones. That this revelation came from a strongly pro-choice, committed abortionist, definitely gives one pause.

Raushbaum’s revelation flies in the face of the common pro-choice argument that a legal abortion is a safe abortion and that Roe versus Wade magically made abortion complications disappear. Today, it’s been well documented that many women have died from legal abortions.  Also interesting is this quote by Mary Calderone, former director of Planned Parenthood, who was quoted in a July 1960 article from the American Journal of Public Health saying that 90% of all illegal abortions were being performed by licensed physicians.

Abortion is no longer a dangerous procedure. This applies not just to therapeutic abortions as performed in hospitals but also to so-called illegal abortions as done by physicians. In 1957 there were only 260 deaths in the whole country attributed to abortions of any kind. In New York City in 1921 there were 144 abortion deaths, In 1951 there were only 15; and, while the abortion death rate was going down so strikingly in that 30-year period, we know what happened to the population and the birth rate. Two corollary factors must be mentioned here: first, chemotherapy and antibiotics have come in, benefiting all surgical procedures as well as abortion. Second, and even more important, the conference estimated that 90 percent of all illegal abortions are presently being done by physicians. Call them what you will, abortionists or anything else, they are still physicians, trained as such; and many of them are in good standing in their communities. They must do a pretty good job if the death rate is as low as it is…abortion, whether therapeutic or illegal, is in the main no longer dangerous.

Could it be possible that in some cases Roe V Wade actually made abortion more dangerous than before? This almost seems absurd, as it flies in the face of everything we’ve been taught to think about abortion. But it should be remembered that during the illegal abortion era, abortionists had to be extremely careful not to attract attention from law enforcement. If they ended up killing women, it was very likely that they would be discovered and prosecuted. In the modern era, abortionists often get away with killing or injuring women. Look at Leroy Carhart, who killed two women and sent numerous others to the hospital, and is still practicing. Or Family Planning Associates, the chain of abortion clinics which have killed and maimed a shocking number of women.

While it may be a stretch to say that legalizing abortion made it more dangerous, it certainly didn’t make it safe.  And the fact that Dr. Raushbaum and his colleagues operated on women without knowing what they were doing and with substandard equipment is disturbing.

Also see: “Cruel to be kind: In the twilight of his career, a late-term-abortion doctor tells all”