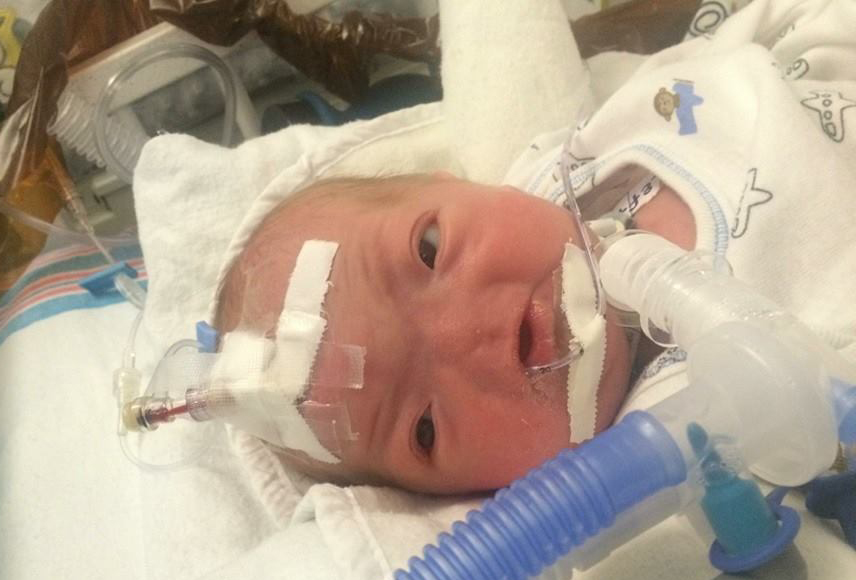 Facebook says a recent Live Action News story cannot be promoted on the social media site because “the image or video thumbnail may shock or evoke a negative response from viewers.”

The “shocking” image is of baby Eli Thompson who was born last month without a nose; in the touching piece, his parents say they love him exactly as he is and think he is “perfect.”

But Facebook thinks the picture of young Eli is too troublesome to be a promoted piece, and it refused the ad. The actual story posted on Live Action’s Facebook page has several thousand likes, and as of Friday evening, had over 150 shares, demonstrating the story actually does appeal to Facebook viewers.

Facebook’s rejection does a disservice to the preciousness of each life, especially individuals with disabilities. Baby Eli is likely going to face enough discrimination from people he encounters as he grows, and Facebook has led the way with the criticism by thinking viewers need to be somehow protected from seeing him.

Eli is a real person; the picture isn’t doctored or concocted to make a shocking point. Facebook’s unwillingness to allow a promoted picture of this baby on its platform only perpetuates the discrimination that people with disabilities face daily. Though the picture is unusual, since his condition is rare, the picture is not graphic or horrific; there’s nothing in the picture of Eli that should be avoided.

Eli is a perfect and loved baby with as much value as any other person. His mother said in the original story:

“We think he’s perfect the way he is. Until the day he wants to have a nose, we don’t want to touch him. We have to take it day by day. We’re going to do our best to make sure he’s happy. The rest of him is so cute, sometimes you don’t realize he doesn’t have a nose.”

Eli’s story serves to help shatter discrimination against people with disabilities. His story is one of the value of life and the power of love. Facebook’s decision does a disservice to the value of life.