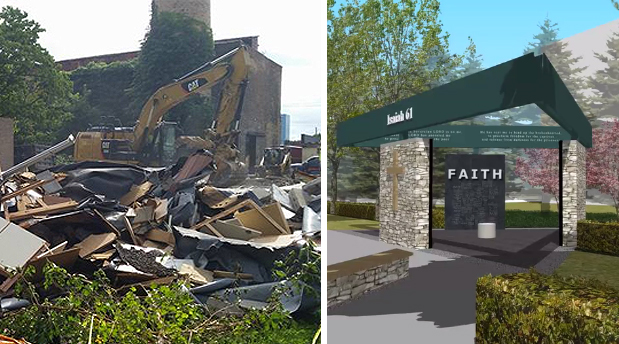 Just a few years after the closure of an abortion facility in Toledo, Ohio, comes the good news that the site is to become a memorial known as The Hope Park Memorial to the Unborn.

Center for Choice, an abortion facility in Toledo, Ohio, operated from 1983 to 2013. The facility not only participated in the deaths of 50,000 unborn children, but was also found breaking state abortion safety laws, so its closure was good news for both women and children.

The facility closed after failing to secure a required transfer agreement with a local hospital in case of a medical emergency. The lawbreaking had been going on for some time, as the facility had not had such an agreement since 2010. Additionally, state health inspectors found dirty equipment, leading to a recommended closure and $25,000 fine.

To build a memorial park as a beautiful tribute to acknowledge that over 50,000 lives were lost to the choice of abortion. It is through the rebuilding of this site which was once known for death of life, can now be recognized as a place that values life, that lives to mothers and fathers of these unborn babies can be healed, restored, and given peace. More importantly, Hope Park, will be a place that affirms the value, dignity, and beauty of every human life as precious and valuable.

The videos below provide more detail about the site’s journey from abortion facility to memorial for preborn children:

View an animation of what the park will look like: