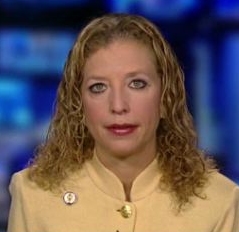 Following a high-profile case in which a Florida man, John Andrew Welden, slipped his girlfriend the abortion pill, the Florida legislature passed a bill criminalizing such behavior. Debbie Wasserman Schultz, a so-called feminist, attacked the legislation as a waste of time.

Since when did being “pro-choice” include supporting the “choice” of men to force an abortion upon unwilling women?

If Wasserman Schultz is all about women’s rights, maybe she should listen to the voices of women like Remee Lee, John Andrew Welden’s former girlfriend. Andrew pleaded with Remee to abort, but she stood firm in her decision to keep the baby. According to the AP, “Welden forged his father’s signature on a prescription for Cytotec and relabeled a pill bottle as ‘Amoxicillin.’ Cytotec, known also as misoprostol, is a drug used to induce labor.” Remee started bleeding and went to the hospital – where she learned that Andrew had killed her child.

People with “sense” understand that forced abortions are a form of domestic violence and should be prosecuted as such. The fact that this needs to be spelled out for a so-called feminist is scary. Someone should explain to Wasserman Schultz that “reproductive rights” do not extend to pregnant women’s abusive boyfriends.