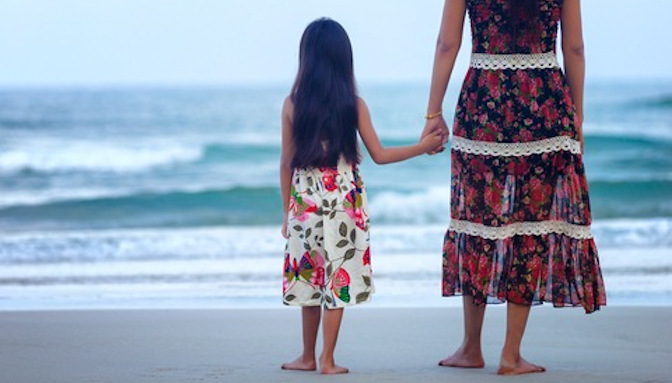 Louise Drinkwater’s daughter Molly has Down syndrome.  Her mother describes why she is grateful she chose life for Molly despite her having Down:

She’s an incredibly happy little girl. She lights up our lives… I’ve been a person who thought academic achievement was really important, and it’s been a beautiful learning experience to realize that value is about the soul of the person. Molly has really helped me to sit back and enjoy the moment rather than racing to get ahead.(1)

Having a daughter with Down syndrome changed Drinkwater and gave her a different perspective on life.   She has come to believe that there is more to life than what society considers to be achievement. As you can see, she does not regret giving birth to her daughter. Molly enriches her life.

Drinkwater’s experience is in stark contrast to the experience of another mother, Marie Ideson, who aborted her baby with Down syndrome:

I was bullied into going ahead with an abortion,” says Ideson, 46, a GP surgery manager. “I only wish I could turn back the clock. I think of the daughter I never had every day. I’ll always regret it.(2)

Ideson has been left with nothing but the memory of seeing her daughter’s dead body, which was shown to her after her abortion. She named her child Lillie. You can read more of her story here.

Choosing life for Molly brought Drinkwater peace and happiness, but choosing (under duress) to abort Lillie only brought Ideson grief and regret. The contrast between these two women, one who chose life and another death, is striking.  Drinkwater has no regrets, but Ideson may spend the rest of her life mourning her aborted child.