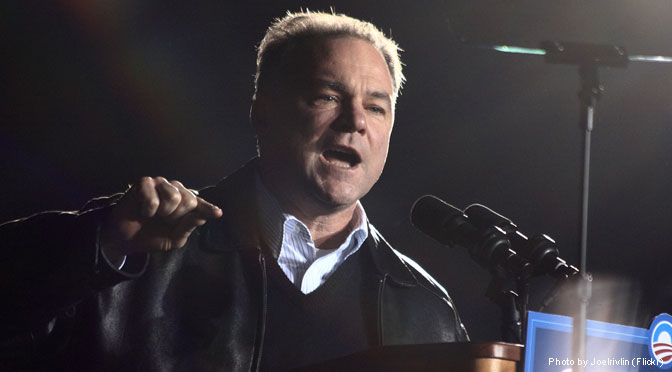 As recently as July 6, Kaine said he supported Hyde, which forbids federal tax dollars from being spent on elective abortions. This is the latest shift Kaine has made, as abortion advocates continue to complain that his past is too mixed on the issue.Kaine supported some incremental pro-life measures as governor, such as parental notification and banning partial-birth abortion. But he ran for Senate vowing to protect Roe v. Wade, and once there, established a 100 percent pro-abortion voting record.

After joining Clinton’s ticket, Kaine declared he was “very strongly supportive” of the “right” to abortion.

“Just 20 days ago, Senator Kaine said he supported the Hyde Amendment, which stops taxpayers from funding abortion on-demand,” Susan B. Anthony List president Marjorie Dannenfelser said in response to his latest reversal. “What has changed?”

“The Democratic Party has become so bound to the abortion industry that there is no room for conscience,” she continued. “Before he could be considered fit for the role of VP to Hillary Clinton, Sen. Kaine had to divest himself of even the appearance of moderation on the abortion issue. Last month, he even sponsored legislation to wipe out every state pro-life law on the books.”