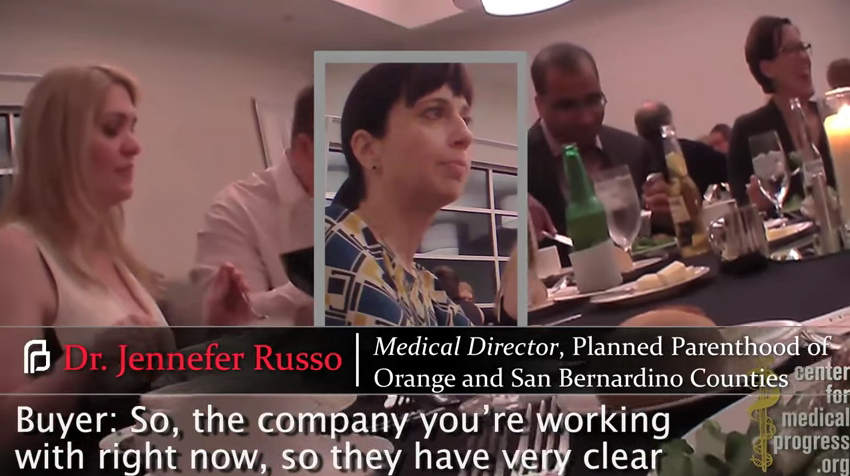 The Planned Parenthood baby body parts scandal took on a new twist this week when the Orange County, California, district attorney’s office announced it is suing two local biomedical companies implicated in the Planned Parenthood videos. The suit accuses the companies of selling fetal body parts for profit. The Orange County Register reports that the suit alleges, “DaVinci Biosciences and its sister company DV Biologics advertised and sold hundreds of units of fetal tissue and stem cells to research facilities around the world, collecting tens of thousands of dollars in revenue.”

District Attorney Tony Rackauckas held a news conference Wednesday in which he outlined the accusations against the biomedical companies. In his statement, printed in full here, Rackauckas emphasized, “This case is NOT about whether it should be lawful to sell fetal parts or whether fetal tissue research is ethical or legal. We are simply charging these Defendants with illegally selling hundreds of fetal tissue products for profit.”

The statement notes some profits received, per fetal part:

The statement summarizes the timeline of the case:

From 2009 to 2015, the defendants obtained aborted fetus donations from Planned Parenthood and turned those donations into a profit-driven business. They did so by selling tissues and cells from the heart, lungs, kidneys, brain, intestines, skeletal muscle and bones of the aborted fetus donations. The companies advertised and sold these, what they called “prenatal products” from 2009-2015 to companies all around the world, earning hundreds of thousands of dollars in revenue.

The defendants pressed onward, year-after-year, in an attempt to beat their “competition” and increase margins — … the defendants intentionally set their prices as high as possible in an effort to maximize their profits…. They were encouraged to offer discounts, coupons, and sales-pricing on fetal products to move “inventory” more quickly as well…. fetal products were routinely sold at a 10-fold or higher mark-up over their costs. The company also charged marked-up packaging and handling fees, as well as shipping fees, so as to earn a little extra profit on every transaction.

It is estimated that the companies sold hundreds of different fetal tissue products for valuable consideration in violation of the law. Each unlawful sale is a separate act of unlawful and unfair competition under California’s Business and Professions Code Section 17200 for which civil penalties and injunctive relief are warranted and hereby sought by way of this Complaint. A photo from the press conference, including a prop the DA used to demonstrate that the fetal parts being sold are coming from actual human beings.

The Center for Medical Progress, which exposed the companies and their relationship with Planned Parenthood, issued a statement Wednesday, saying:

The wheels of justice are beginning to turn against Planned Parenthood and their corrupt business partners in the illicit trade in aborted baby body parts. Planned Parenthood is not above the law, and law enforcement and elected representatives everywhere must now hold Planned Parenthood accountable for their barbaric profiteering off of pregnant women and the body parts of their aborted children.

Also taking sharp interest in the lawsuit is the chairman of the House Select Panel on Infant Lives, Rep. Marsha Blackburn, who has championed the investigation into the many tentacles of the fetal parts industry. Blackburn issued a statement that said:

For nearly a year, critics of this Panel’s fact-finding investigation have repeatedly called for it to be disbanded, saying there’s nothing to see here. They claimed there was no wrongdoing in the fetal tissue industry. This claim was soundly debunked with a lawsuit filed by Orange County District Attorney Tony Rackauckas, which reveals that officials at the state and local level share our concern that some fetal tissue middlemen may have broken the law.

And while the Los Angeles Times reports that “Planned Parenthood said the organization was not involved in the case,” Blackburn says otherwise, adding:

Based on the evidence uncovered during our Panel’s investigation, we have been deeply troubled about the relationship between DaVinci and PPOSBC, which appears to have created a market for the donation of human fetal tissue,” Blackburn said. “As a result, our Panel is continuing to look at connections between Planned Parenthood and tissue procurement companies. The lawsuit filed by the Orange County DA shows that there is also broad support at the state and local level to uncover the truth about what is going on in the abortion and fetal tissue industries.

I commend the Orange County district attorney, and I hope this sets a precedent for prosecutors and law enforcement across the nation.  Abortion is a barbaric and cruel practice, and it should come as no surprise that those callous enough to profit off killing defenseless children in the womb would allegedly profit off selling their organs piecemeal.  It’s time to end these grave human rights abuses against our most vulnerable children and bring those responsible to justice.

Planned Parenthood continues to see the consequences of the wide-reaching investigation exposing its role in fetal parts trafficking. While this case is directed at the biomedical companies, one thing is certain: as the suit progresses, all the stakeholders will be exposed.

The Orange County district attorney’s statement on the case can be read in full here.