The organization has earned its reputation for bullying legislators, organizations, and women into doing exactly what it wants, which tends to be exactly what is good for its bottom line. The following are a few examples of Planned Parenthood’s favorite bullying tactics – and this list barely scratches the surface.

After being cut off from its funding stream, Planned Parenthood forcefully bullied its way back into the coffers of the Susan G. Komen Foundation:

Buckling under the pressure, Komen reneged on its short-lived decision to bar Planned Parenthood from funding while the organization was under Congressional investigation.

Planned Parenthood staunchly opposes any piece of legislation that hurts its bottom line, even if it is a boon to women’s health.

Planned Parenthood’s motto of “Care. No Matter What.” comes into serious question when they turn around and oppose legislation that is specifically designed to protect and care for women’s health.

The organization bullies pro-lifers who support pro-woman legislation. We saw a perfect example of this bullying at the Texas capitol last year during HB2 debates and Wendy Davis’ infamous filibuster of the pro-woman law, which protects women from some of the most predatory practices of the abortion industry. The “pro-choice” community’s opposition – supported and even paid for by Planned Parenthood – can be described as nothing less than a mob. Maybe the organization’s ambiguous motto actually refers to the “care” they have for their profits.

Planned Parenthood bullies its way into public school classrooms without regard for the conscientious objections of teachers and parents.

When workers hired by Planned Parenthood bombarded Bill Diss’ public school classroom in Oregon last year unannounced to offer incentives to students for participating in their teen programs, the teacher was understandably concerned for the well-being of his students. He didn’t know where the “team” had come from, whether they had permission to be in his classroom, or whether they had been certified in the child and sexual abuse courses prerequisite to interacting with teens in a public school environment. 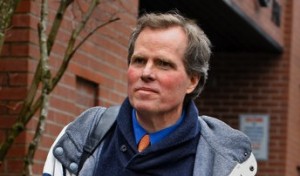 Bill asked the team to leave his classroom, and after the principal said the team would be staying, Bill asked if he could leave. He conscientiously objected to being party to Planned Parenthood’s deceptive practices and did not want to be present during the classroom takeover. The principal overrode Bill’s right to remove himself, however, and mandated that he stay until Planned Parenthood was finished interacting with and offering monetary incentives to his students. After the event, members of school faculty – aware of Bill’s outspoken pro-life stance – moved to have him fired. Planned Parenthood, in its trademark bullying manner, was behind the push to have Bill kicked out. And they succeeded.

America has no need for an organization that has its own power and money interests at heart – above the interests of those they claim to be serving. Planned Parenthood’s bullying and coercion has gone too far, and it’s time America said, “enough.”