As I casually scrolled through my Facebook newsfeed, envying a friend’s European vacation photos and “liking” a witty status, an advertisement caught my eye. I spend enough time reading about the pro-life movement that Facebook has noticed, often posting custom advertisements  for pregnancy resource centers or pro-choice organizations—but this was something new.

Among the birthday reminders and graduation invites, Facebook suggested an event from “Bronx Abortion”: Saturday morning at the abortion clinic, “Walk-ins welcome!” The invite stated that 5 people were going this weekend and prompted me to “invite friends.”

Upon further investigation, I found that Bronx Abortion regularly creates these Facebook events, publicizing what is so often dubbed a woman’s private, “personal decision.”

The clinic’s flippant approach to abortion did not stop with event invites. In fact, without the word abortion plastered across the page in curly writing, the prevalence of pink and hearts would make one think this was a coffee shop fan page or a manicure and pedicure Groupon deal—“Walk-ins welcome!”

“Come in early Saturday Morning (7:30AM) and you may be out by Lunchtime,” says the page. “No long waits, no extra fees, no parental or spousal consent necessary. Just remember—you cannot eat or drink anything after Midnight Friday! No gum, no Tic Tacs, no water, no coffee!” Oh! The inconvenience! 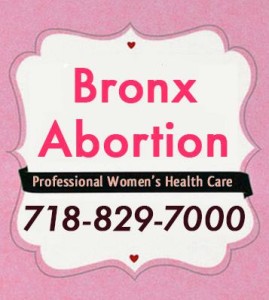 Does the abortion industry believe it can kill our sensitivities as easily as it kills the unborn child? This casualness towards abortion is offensive to both the woman and child involved. Pro-life or pro-choice, shouldn’t abortion carry more weight than a haircut squeezed into one’s busy New York schedule?

Whether this signifies a delusional abortion industry, a desensitized city, or a combination of the two, the advertisement is the last thing New York City needs. New York City is the abortion capital of the United States, with 37% of all viable pregnancies ending in abortion. The Bronx boasts an even higher rate, with nearly half of all viable pregnancies ending in abortion. The city doesn’t make this statistic any better with city-sponsored subway signs lamenting the hardships of parenting and constant advertisements for abortion.

Unfortunately, tasteless marketing from abortion advocates is nothing new. The abortion industry has tried Mother’s Day fundraisers to end motherhood, birthday gifts to stop birth, and even abortion gift certificates. Bronx Abortion isn’t the first abortion group to try social media “check-ins” either. In 2012, Planned Parenthood Great Northwest distributed 55,000 condoms with QR codes on the wrappers to college students, encouraging students to check-in with their use because, “Sex that’s safe, should be shared.”

These desperate marketing attempts show the abortion industry to be out of touch, grasping for the younger generation it is so rapidly losing. Poll after poll has shown America to be nearly split on abortion, and the most recent Gallup polling found that only 28% of Americans believe abortion should be legal in all circumstances. Pretty advertisements and a social media presence may be necessary, but are not sufficient to reach a generation disillusioned with abortion—a generation that has grown up with ultrasound images of unborn brothers and sisters, desperate to stand up for human rights.

The abortion industry operates under the assumption that my generation, the younger generation, already agrees with abortion—all we need is a little prodding, or a Facebook “poke.” As my generation continues to become more pro-life, however, shock factor and social media alone will not sell. We are sick of the crass and repulsed by the cutesy. The butcher shop and boutique approaches are equally tasteless, and the destruction of life will never be cute—no matter what font you choose.