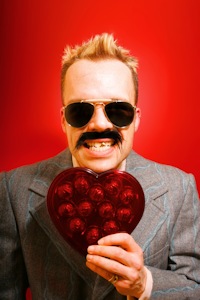 By now you may have heard of the post by the author who goes by “bacon” on Return of Kings. It’s quite difficult to read, and there’s no other way to really categorize it but filth. Cassy Fiano for Live Action News has provided her own helpful analysis as to how awful such a bro-choice viewpoint really is . I get the sense that “bacon” is serious here though unfortunately with what he’s posting about, mentioning his own experience and giving such in-depth tips.

Unfortunately, men like this do exist and this piece is a further form of evidence as to how bro-choice is sadly a real issue. Believe me that bro-choice exists and is bad is not something I delight in being right on. Further, with pieces like this one by “bacon,” the more apt term would instead be bro-abortion. Because really, these bros don’t really love choice so much as they love abortion as their easy out for consequence-free sex.

Before I even read the actual piece of examples as to how guys should go about convincing a girl to have an abortion, I didn’t think it would be so specific. In fact, I wasn’t all that surprised about such an article title. For women are convinced into getting abortions. When I did a search of the article to see if any pro-choice websites had a take on it (I didn’t see any, but I’ll get into that later) I saw such results as people asking how to convince a girl to have an abortion from Yahoo! answers a few years back.

I also thought about it from a pro-choice versus pro-life view. Even if you’re not as much of a slimeball as “bacon,” how is trying to talk a vulnerable and confused young woman into killing her baby really all that much of her choice? It’s not so much pro-choice as in pro-the mother’s choice, but rather pro-somebody else’s choice. The term pro-choice may need some clarification, and thus it’s a term people are able to hide so easily behind.

Pro-lifers try to convince women too, but they try to convince women to choose life for their baby. This is for the sake of the woman, rather than any selfish, personal ambition. Pro-lifers who talk women are not the ones who make the decision whether to abort or not; they can only counsel, perhaps pray, and regardless of the woman’s choice, they want to love and be there for her.

It doesn’t take much thought to realize that there are so many things wrong with this article. One shouldn’t even need to be pro-life to immediately come to such an understanding. Cassy concludes her article with a telling point regarding bro-choice and the pro-community as a whole though:

With my Facebook friends sharing and commenting on this piece, one pro-choicer mentioned to not “lump” the rest of pro-choicers in with this guy. As I mentioned, I tried to search as to if pro-choice or feminist blogs covered this article and provided their take on it.. I’m sad to say that I couldn’t find any. What does that say about how the pro-choice community really feels?