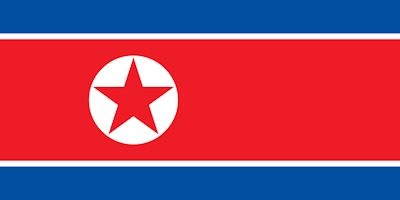 A United Nations panel has issued an official report Monday that catalogues human rights abuses in North Korea at a level unparalleled in the world, comparing some of what has been found to the atrocities perpetuated in Nazi Germany.

The 36 page initial report, followed by a 372 page report of detailed findings, catalogues a horrific story of disdain for life that is almost incomprehensible.  The reports detail the inner workings of the North Korean government in its treatment of the disabled, women, political prisoners, defectors, Christians, and a wide range of other categories, along with a nuanced political system aimed at total mind control and indoctrination.

The atrocities begin generations ago, through the institution of a caste-like system known as Songbun.  Families are assigned a societal ranking based on a complicated network of factors, including the perceived political allegiances and nationalities of grandparents and great-grandparents.  Detailed files are kept on each person over age 17, recording daily activities, comments made in casual conversation, and any other details that can be acquired.

While families can be demoted, upward mobility is almost nonexistent, and the ranking is a permanent bar to receiving education, a good job, and even food.  Testimony from numerous witnesses confirmed that, particularly during periods of nationwide famine, food was rationed in proportion to a family’s status with the government, rather than need, leading to mass starvation.  Human Aid organizations were prohibited from reaching those most in need, and resources instead directed at the country’s overly-large military and the societal elite.

Songbun also reportedly has direct effect on the punishment received by “criminals” and family members, with lower castes receiving even more inhumane treatment than those of higher Songbun.  Though in North Korea, any offense can result in terrifying punishment.

Freedom of speech and religion is nonexistent, the report confirms, with witnesses testifying to beatings, torture and imprisonment for nothing more than watching Korean soap operas (a show not broadcast on one of three official government channels).  One witness testified to severe interrogation and punishment for making a casual comment regarding another country’s advanced technology, something apparently taken as derogatory to the government, while others were subjected to extreme punishment for outright accidents, such as using an old newspaper with a photo of one of Korea’s past leaders, to wipe up a spilled drink.

Multiple reports of public executions surfaced as well, for the simple possession of recordings of TV shows from other countries or radios that had been altered to receive more than the official government broadcast.  Witnesses testified to beatings severe enough to dislodge teeth and break bones when they were found in possession of a cell phone capable of making international calls.  Currently, the government is working at eliminating unapproved USB devices, as this has become the most current mode of obtaining illegal data.

School children are fed a strictly controlled education program consisting mainly of curriculum praising the current and former leaders of North Korea, and are only allowed to portray artistic expressions that would be “approved” by said leaders.  Reportedly, this consists of either drawing portraits of one of North Korea’s former dictators, or depictions of North Koreans killing American or South Korean people.

Students are also forced to take part in mass athletic events and political demonstrations, practicing anywhere from 6-12 hours per day for weeks on end, with the goal of creating complete uniformity.  Harsh punishments are doled out on children who make mistakes, and death or serious injuries are not uncommon simply due to the extreme conditions to which the children are subjected.  One young boy, who was forced to practice through a case of acute appendicitis, died as a result and was celebrated as a hero for dedicating his life to the praise of Kim Jong-un.

The report also confirmed that at least four prisons designed specifically for political prisoners are still in existence, housing up to 120,000 “missing” people, despite continual denial by the North Korean government.  Satellite imagery and first-hand testimony of those who have managed to live through the horrific conditions tell a story of suffering that is incomprehensible.  The death toll from starvation, torture and forced labor is unknown, but survivors testified that it was so common prisoners eventually stopped feeling any emotion when they witnessed it.

Christians, those who leave the country, and those who communicate with South Korean officials are particularly targeted by the government for removal to these camps, and the most extreme forms of torture, including being hung upside down and beaten, being drug by government trucks through the street, having hooks driven through their noses and lead around the town, and long needles driven under their fingernails, among severe beatings and systematic rape.  Family members often are included in the punishment, even down to grandchildren, parents, or siblings.

At the same time, despite North Korea’s brutal drive for complete control, and complete purity of its citizens, reports have also surfaced of routine abductions of citizens from other nations, for the purpose of supplying the government with needed workers, and even to supply people of other nationalities with wives or concubines in an effort to prevent North Korean women from becoming “polluted” by relationships with men of other nationalities.

In response to the allegations, Kim Jong-un has claimed the report is “a product of politicisation of human rights on the part of EU and Japan in alliance with the US hostile policy.” Michael Kirby, a retired Australian judge who headed the tribunal, subsequently sent a letter to the dictator informing him that he and others may face charges in International Criminal Court. However, China occupies a permanent place on the ICC, with veto power, and is almost certain to refuse to even attempt to bring about justice.

In correspondence with the investigative tribunal, Chinese officials openly stated they opposed the investigation and did not believe the allegations made against the North Korean government – a move that should bring little surprise given the countries’ close relationship, and the fact that China works with the North Korean government to return any defectors to the regime.

Yet, as Kirby argued, holding up the report, something must be done.  “Now the international community does know. There will be no excusing a failure of action because we didn’t know. It’s too long now. The suffering and the tears of the people of North Korea demand action.”