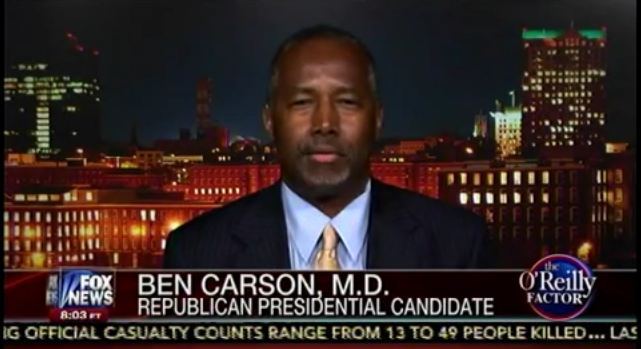 That is putting it lightly. Sanger admitted to giving Klan speeches and bragged in her autobiography that the Klan loved her views so much they extended her a dozen additional invitations to speak.

Carson’s claim that Planned Parenthood establishes many of their clinics in minority communities for racist reasons has been documented by two pro-life groups – Life Dynamics  in Denton, Texas, and Protecting Black Life in Cincinnati, Ohio.

Carson encouraged the public to read about Margaret Sanger’s eugenic ideas, adding that Sanger was “a woman who Hillary Clinton said… that she admires.” Carson is correct, as Clinton received Planned Parenthood’s Margaret Sanger Award in 2009.

The announcement posted to the US Secretary of State website reads in part, “Planned Parenthood Federation of America (PPFA) will present its highest honor, the PPFA Margaret Sanger Award, to Secretary of State Hillary Rodham Clinton at the PPFA awards gala in Houston, Texas on Friday, March 27. Secretary Clinton will receive this award for her unwavering support of women’s health and rights throughout her public service career…”

The Democrat presidential hopeful told attendees at the Planned Parenthood gala, “I admire Margaret Sanger enormously, her courage, her tenacity, her vision…. I am really in awe of her; there are a lot of lessons we can learn from her life.”

Thursday, sitting in for Bill O’Reilly, Eric Bolling asked Dr. Ben Carson if he stood behind his earlier statements about Planned Parenthood.

“Absolutely, no question about it,” Carson responded. “Anybody can easily find out about Margaret Sanger and what kind of person she was. And how she was a strong advocate of eugenics, wrote articles about eugenics.” Carson emphasized that the Planned Parenthood founder “believed that certain members of the population weakened the Black population,” and said “It is quite true that the majority or plurality of their clinics are in minority neighborhoods.”

Pointing to statistics that show a high rate of abortion among Black women, Bolling asked Dr. Carson if he thought the goal of Planned Parenthood was to control the Black community. Carson responded:

It brings up a very important issue… that is, do those Black Lives Matter?…

You know, the number one cause of death for Black people is abortion….

And I wonder if maybe some people might at some point become concerned about that and ask why is that happening and what can be done to alleviate that situation. I think that’s really the important question.

Asked what Dr. Carson would do about Planned Parenthood, he said, “One of the ways they are able to perpetrate the deceit is because people are not informed. The more people are informed the less likely these kind of things happen.”

Watch the full interview below:

For more on the eugenics beginnings of Planned Parenthood, watch the highly acclaimed documentary,  Maafa21.