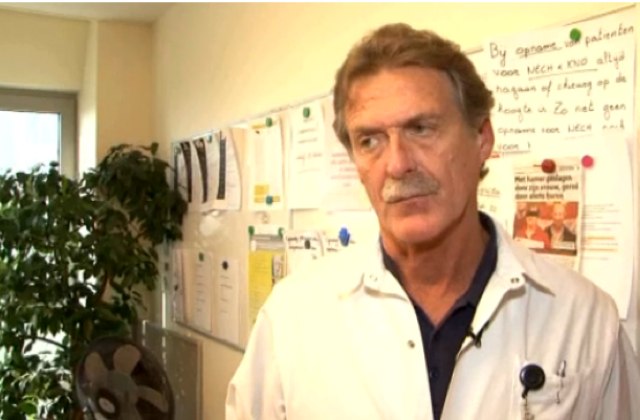 Dr. Wim Distelmans’s name is not particularly well-known. But perhaps it should be. This is the man who not only practices euthanasia, but has controversially euthanized a transsexual man who called himself a monster, and twins Marc and Eddy Verbessem, who feared going blind. Nathan Verhelst, the transsexual man euthanized after undergoing gender reassignment surgery, was even filmed being killed, with the footage broadcast on Belgian television.

In case it wasn’t already appallingly obvious that Dr. Distelmans glorifies and revels in death, he’s now taking a tour to the Nazi concentration camp of Auschwitz for an instructional tour on euthanasia.

Belgium is the only country in the world with a law that is concerned about a dignified end-of-life for everyone because of the patients rights law, the law on palliative care and the euthanasia law. In our country there is – unlike other countries of continental Europe – already 25 years of excellent professional palliative care and for more than 10 years we also have experience with transparent euthanasia requests and respect for patient rights.

In dealing with the problems of life, one is constantly confronted with existential pain, questions about the meaning of life, self-reflection, reliance, self-determination, finiteness and especially with (in)dignity. Therefore, it seemed a logical step to us to plan the next study trip to the place that is the eminent symbol of an unworthy end-of-life being Oświęcim, better known as Auschwitz, the extermination camp of the Nazis in Poland. This site is an inspiring venue for organizing a seminar and reflecting on these issues so that we can consider and clarify confusions.

The people who go on the tour won’t just be focusing on the importance of killing people. They’ll also be living it up in an expensive hotel, and dining at top Krakow restaurants. If only people like Nathan Verhelst and the Verbessem twins could enjoy the finery, too.

Interestingly, Distelmans is also the chair of the Euthanasia Control and Evaluation Commission, which likely explains why the Commission has never investigated a single death. And as despicable as it is, Distelmans is exactly right. An extermination camp is the perfect place to study and reflect upon the evils of euthanasia, especially when the people being euthanized are healthy individuals, or people living with a disability. After all, that’s how the Nazi killing regime got started: by euthanizing the people considered “unfit.”