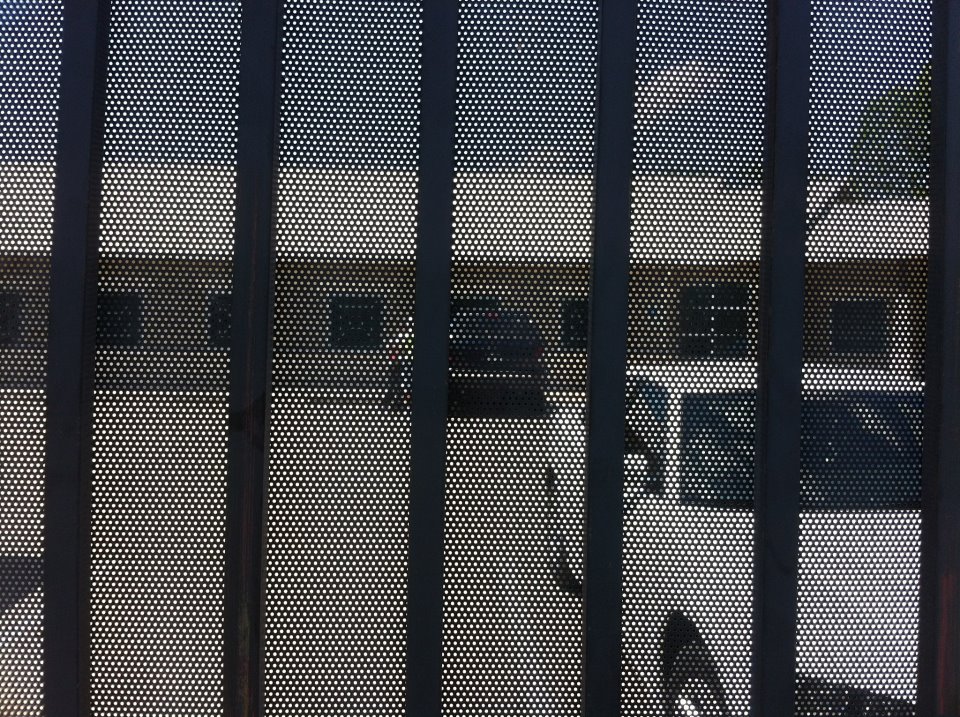 “I will set him in the safety for which he longs”. The verse from Psalm 12:5 floated through my mind as hot tears rushed down my cheeks. “Set him in the safety?” I assumed it was God telling me the baby my friends and I we’re earnestly praying for was aborted and now safe in heaven. I had every reason to believe that must be the case.

Minutes prior a lady inside the abortion clinic texted me, saying her friend had left the waiting room to go behind the door. We all know what happens behind the closed doors of abortion clinics. As much as I tried not to imagine it, images flooded my mind of the woman on the table, the fetus being sucked out and discarded like the countless ones before it. I reminded myself that there were two people involved in this situation. Even if the baby met its maker, a woman would be here who needed love and compassion. If I couldn’t help the baby, perhaps I could help her heal.

It’s crazy how attached you can get to a woman you’ve never met. A day before the scripture verse and the sobering text, I was unaware of her situation. I was sitting in my kitchen eating dinner when I got a message.  A lady wanted to know if I could talk with her friend who was scheduled to get an abortion, tomorrow. Anxious thoughts crept into my mind. “What can I say that will possibly help her?” I contacted the woman who was planning to abort. It was a story all too familiar, and yet every time I hear it I’m saddened. It’s a modern nightmare involving strong pressure from a man, concerns about the child, and questions as to whether she can do it. After I listened to her story, I shared mine. Mine is a hopeful tale about a mother who walked out of a clinic to save her beloved daughter, yours truly.

We spoke a few times before I went to bed. I laid my head on the pillow wondering if the morning appointment would be kept. I awoke early but there was no word from her. An hour passed and I got a call. She was on the way to the appointment but wanted to talk with me again. She wanted me to tell her boyfriend how my mom chose to give me life. I’ve talked to many women over the years who are seeking an abortion. I knew that this woman didn’t want one. Fear and confusion can be awful enemies. My mother happened to be visiting me that morning and she asked to speak with her. She let her know that I was her greatest gift and she could be strong in this hour. The woman wept as my mom spoke words of comfort.

I thought she wouldn’t go through with it. There were multiple families she trusted who’d offered to adopt. She said her heart was leaning in that direction. She wanted to chose adoption but her boyfriend’s voice caused her to second guess. Even though she was at the clinic, I imagined she’d surely change her mind. I had a group of my friends praying. I’d update them through text and they’d let me know they were interceding for her, the boyfriend and child.

Then the text came saying she’d gone behind the doors. My heart sunk. The promises of a child, raised in a loving adopted family, had just dropped like an anchor to the bottom of the ocean. I prepared a message for my friends. I wanted to let them know it would be okay. “The baby is gone” I said, but we’ll keep praying, loving and standing against abortion. I hated abortion in that moment. Not the doctor’s, not the women who chose it, but the act of abortion. What an evil thief it is, stealing destiny, purpose and hope with a cruel procedure.

I mourned a baby I never knew. As I cried, texts were popping up on my phone. “I’m still praying” one said. “ Jesus, break in” said another. “Lord, do something”. I was grateful for my friends. They still believed. Yet I considered them at best wishful thinkers. I’d been outside many abortion clinics in my day. I know the pain of loss. I know what a woman’s face looks like after she leaves a clinic.

As I went to send them a comforting text a call came into my house line. It was the praying, faithful friend who stayed by her side at the clinic the entire time. “She didn’t do it! she said”. “She walked out”. “What?” The mourning in my heart turned to rejoicing. Hope flooded my soul like sunshine on a summer’s day. Our prayers had been answered; the baby was alive, the mother unharmed.

Later that evening the friend told me what she saw inside the clinic. The waiting room was packed full of women. Mom’s with their young daughters, middle aged women, Black, white, Hispanic women, women with boyfriends, women with their girlfriends. There were just a few seats open. The women seemed emotionless. Their faces read “I have to do this.” I’m asserting my will was written across their foreheads. The woman’s pregnant friend was the only one crying.

When her friend went behind closed doors, this bold woman prayed back and forth in the waiting room. Finally she got up in front of all the ladies and said, “If any of you don’t want to do this, you don’t have to.” “If you’re feeling pressured, you can leave with me now.” She thought she’d be arrested or thrown out for saying what she did. Yet to her surprise the security guard and the woman at the desk looked the other way. We’ll never know why. Perhaps God supernaturally closed their ears. Or maybe they too are trapped. Maybe they know more than anyone else the depths of devastation abortion brings. Deep in the hearts, they may have wanted the women to have one last chance to escape.

No one responded to her call. The lady and her friend were the only women who walked out. It was just like the day my mom walked out of the clinic alone. Both departures took place in the very same city. When my mom left the hospital she never knew the positive impact her choice for life would bring. She only knew that God would give her the strength to have me.  I don’t know what will happen to this woman and the child growing in her womb.  I know she wants to protect her baby and that gives me peace. This brave woman’s story strengthened my resolve to abolish abortion. My prayers were answered and I continue praying for women across the globe to have the courage to stand for life.