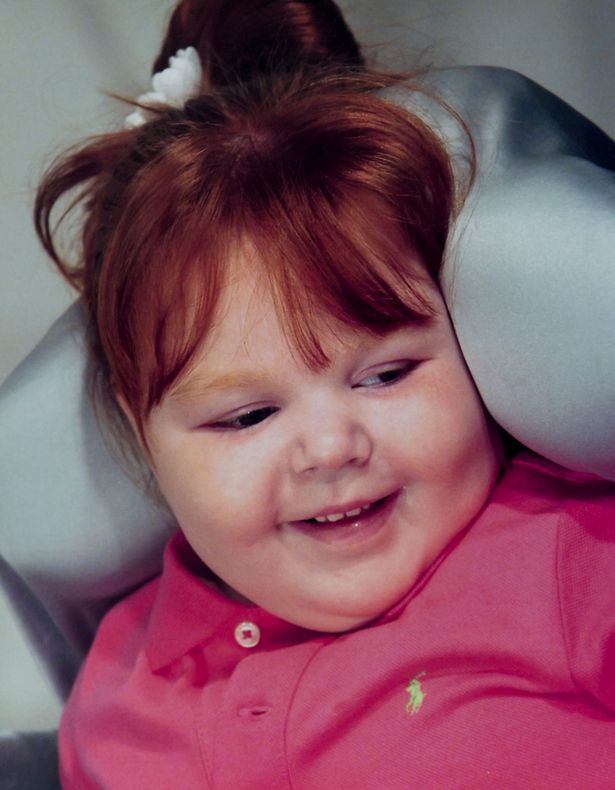 The euthanasia of Nancy Fitzmaurice, a severely disabled child who was not dying has made international waves with disability advocates especially outraged. Nancy’s mother had requested that her daughter be killed and was granted approval by the British legal system. While the 12-year-old Nancy had significant disabilities, she was able to breathe on her own and did not require life support.

Following the starving of Nancy through the withholding of fluids, the Autism Self Advocacy Network has released a statement slamming this decision, calling it “troubling” and “concerning”.

The decision constitutes an extremely troubling legal precedent, representing the first time the British legal system has allowed a child breathing on her own, not on life support and not diagnosed with any terminal illness, to be killed by the medical system.

Euthanasia of people with disabilities is an extremely dangerous and wholly inappropriate solution to inadequate pain management. In cases where painkillers are insufficient, a number of alternatives for pain management exist. A policy of euthanasia targets vulnerable people, particularly when it is applied to children. People with disabilities who experience chronic pain should have same access as others to life-sustaining medical treatment.

When parents and physicians have the ability to authorize the killing of disabled children, we see serious abuses. Recently, ASAN and twelve other disability rights groups filed an amicus brief in a case challenging the University of Wisconsin Hospital’s practice of counseling parents to withhold care from children with disabilities for treatable but life-threatening medical conditions. In one such instance, a child with developmental disabilities died after a hospital doctor advised his parents that they could withdraw his feeding tube – which provided fluids and nutrition – based on his supposedly low “quality of life.” The medical condition supposedly justifying this measure was treatable pneumonia. The child died the next day, after administration of morphine. Such actions demonstrate the results of a policy that allows families and clinicians to discriminate on the basis of disability in the application of life-sustaining treatment.

ASAN furthermore was, “concerned that the voices of people with disabilities with similar support needs were not heard in this discussion.”

ASAN hits the nail on the head, and especially so by calling out the media coverage of this story, which has been overwhelmingly positive.

Charlotte Fitzmaurice Wise is portrayed as a loving, devoted, selfless, noble mother for making the decision to kill her daughter, because any child that severely disabled should obviously be put down, like a dog.

Yahoo News described it as “a mother’s fight to let her daughter die in peace” – because, you know, slowly dying of starvation and dehydration over the course of two weeks is just so peaceful. Salon described it as “powerful.” Australia’s News.com talked about how Nancy had no quality of life and how her “heartbroken” mother knew that it was too much for her daughter to bear. And on and on it goes.

You know what all of these have in common? Everyone is presuming to know, without any input from Nancy herself, whether her life was worth living. They are all making that decision, that judgment, on their own – on behalf of a living, breathing person who could not speak for herself.

It is so profoundly disturbing, seeing so many people applaud this mother’s choice to kill her daughter and to call a slow, torturous death “dignified.”

What is dangerous about Nancy Fitzmaurice’s case is that it sets a horrific legal precedent. Now, can any parent go to court and claim that their disabled child is “suffering” and that it would be kinder to just kill them?

People with disabilities will be seen as burdens and drains on society, if the mindset that citizens must be productive in order to be of value takes hold. This obviously robs people of their inherent value, worth, and dignity.

Someone who has a disability is not less deserving of life than anyone else. Their lives are worth living.

As ASAN points out, these kinds of decisions are rife with abuse – their example of a disabled child put to death because they had pneumonia is horrifying, but not altogether surprising. There was also the Baby Doe case, where a baby with Down syndrome was allowed to be killed by starving him to death with his parents’ consent, even though multiple families offered to adopt the baby.

Plenty more parents kill their disabled children the old-fashioned way. If we open the door to allowing parents to kill their children because they have a disability, then we will undoubtedly see thousands upon thousands of children killed by their ableist parents who are prejudiced against people with disabilities. It will be a massive tragedy.

We cannot allow it to become acceptable to kill a person because they are disabled, or because someone feels they can decide whether their quality of life is good enough to merit their continued living.