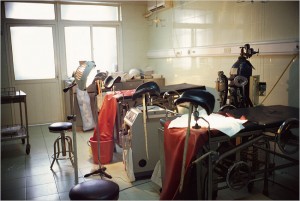 The Arizona Daily Sun reports that the “Women’s Health Protection Act,” or HB2284, has passed through the Arizona state House by a 34-22 vote on Tuesday. This came after an hour of debate on whether legislation is needed to make unannounced inspections at abortion clinics.

The Center of Arizona Policy states that abortion clinics are the only health care institutions in Arizona that the Department of Health Services (DHS) can’t immediately inspect when a violation is believed to have occurred. In order to have an inspection, a warrant must be obtained by government authorities. In addition, after a clinic’s initial inspection when licensed and follow-up inspection a year later, no further inspections are mandated for the next two years.

In 2013, Live Action released a shocking undercover video shot at the Family Planning Associations Medical Group abortion clinic in Phoenix, Arizona. Arizona has a law that prohibits abortions after 24 weeks, when the child is considered viable. An undercover investigator for Live Action and 24-weeks-pregnant mom went to the clinic to discuss getting an abortion. The video shows an ultrasound tech telling the investigator she was 24 weeks pregnant but selecting a measurement of the baby at 23 weeks to go ahead with the abortion. Equally disturbing was the Arizona doctor, who lied to the investigator, telling her the child she carried was “not fully formed” and “doesn’t even look like a baby yet.” Furthermore, the Born Alive Infant Protection Act states that infants born alive after an abortion are protected under the law. A counselor at the Arizona clinic disregarded that law, telling the investigator they would not resuscitate if the child survived the abortion.

Live Action’s research had an influence on the pro-life legislators in Arizona. In 2014, Arizona House Rep. Debbie Lesko sponsored HB 2284. HB 2284 requires abortion clinics to report whenever an infant is born alive after a botched abortion. They must also report on the procedures done to save the infant’s life. The bill would allow the Department of Health Services to perform reasonable-cause unannounced inspections of abortion clinics in Arizona.

This is a standard procedure for a number of health care institutions and businesses. Currently Arizona has no penalty against individuals who help minors obtain abortions and ignore Arizona’s parental consent requirements. If passed, HB 2284 would make it a first-degree misdemeanor to intentionally cause, aid, or assist a minor in obtaining an abortion in Arizona. It would also be a crime to take a minor from Arizona out of state to obtain an abortion. This would be a great step in protecting girls from sexual predators or sex slavery captors who use abortion as a means of keeping young women in business.

Rep. Debbie Lesko told the East Valley Tribune that it was “amazing” that only abortion clinics have managed to escape having unannounced inspections. She asked, “Why would an abortion clinic, and why would Planned Parenthood fight so much against this common-sense bill?” “What is it that they have to hide?”

HB 2284 continues to the Senate; if passed there, it will need to be signed into law by the governor. Let’s pray that this important bill is made into law in Arizona. It would be a step in the right direction towards protecting women’s health and the safety of minors.