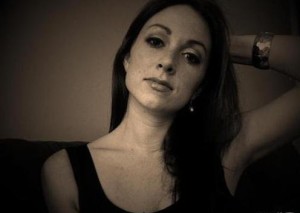 It’s no secret that the ladies over at Jezebel seem to revel in creating eye-popping headlines about just how radical radical fauxminists can get. But file this one under plain old mean girl: Jezebel editor Erin Gloria Ryan tweeted Saturday that she wished the death of The Fast and the Furious star Paul Walker had been Scott Walker’s instead. A screen shot of the original tweet can be seen here. It read:

“why couldn’t it be scott walker :( #wisconsintweets”

Scott Walker is Wisconsin’s conservative Republican governor. He’s pro-life without exceptions — undoubtedly a main reason why Jezebel would like to see him dead. He’s also hated by the left for promoting abstinence-only sex education, and the right of pharmacists to refuse to fill prescriptions for birth control who have a conscientious or moral reason for doing so.

A flood of criticism came at the heels of the tweet, which was hastily deleted and replaced with the curt statement, “Dumb joke deleted. Apologies.” But many on Twitter saw Ryan’s death wish for Walker as much more than just a  “dumb joke.”

For those who think @jezebel is at all legit RT @morninggloria: why couldn’t it be scott walker. :( #wisconsintweets @jaketapper

.@morninggloria It’s sad how unaware you are of what a terrible thing it is that you tweeted. — Kathleen McKinley (@KatMcKinley) December 1, 2013

Class re Walker death. RT @morninggloria: why couldn’t it be scott walker. :( #wisconsintweets

.@morninggloria Wishing death on a human over political beliefs is a joke about celebrity worship? Nice try.

Maybe it shouldn’t be surprising that advocates of prenatal dismemberment likewise advocate the death of others, like Scott Walker, with whom they would prefer not to coexist.