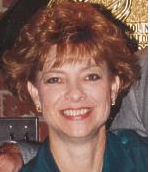 The Heidi Group is an organization that counsels post-abortive women and men while also acting as a crisis pregnancy center that works with people all over the country through a network of pregnancy centers. They are located in Round Rock, Texas, which is two miles east of Austin.

The group’s founder and president, Carol Everett, had an abortion in 1973, soon after Roe v. Wade. She then spent the next several years working at (and owning) various abortion clinics, selling abortions. [For more of her personal story, go here.] Everett said:

(I) saw 35,000 abortions and saw one woman die from a legal abortion. God came into my life and showed me through a man who was brave enough to come into the abortion clinic and to tell me that God loved me and that this wasn’t a place I wanted to be.

She left the clinic in 1983 and worked with pro-life groups and pregnancy centers until 1999 when she founded The Heidi Group.
“We work with anyone and anybody who contacts us,” Everett said. “We set them up with the pregnancy center nearest them (and) we use a program tailored to that individual so it can be very different.”

Grief after abortion is common.

Hundreds of men and women go through their program because, according to Everett, after an abortion both men and women go through a period of denial. At first there’s a sense of sometimes unexplainable relief that they feel and then at some point – some are immediate and some take from five to fifteen years – the person comes to grips with their abortion. There is no norm on how long it takes.

During that time all sorts of things can happen that can be self-destructive or self-punishing. Since they know the world isn’t going to punish them, they punish themselves. Drugs, alcohol, suicide attempts, promiscuity, and mutilation are all common during this time. Self-destructive tendencies can continue for five to fifteen years until a person finally says, “I killed my baby.” When they admit they killed their baby instead of “I had an abortion,” they’re ready to start the grieving/healing process.

So then we assist them and work with different groups across the country. We find out what’s closest to them, what’s best for them. Killing your own baby is a sin against your body and a sin against God and all women internalize that very differently.

To women considering an abortion, Everett advises them to stop and take a deep breath. There’s no rush. Pregnancy is a long period of time and this is a life-changing, life-altering, life-taking experience. The first thing is to see that the baby is growing and developing and realize that she’s a separate human being.

Get some counsel from someone who is not inclined to make money from your decision. Don’t go to an abortion clinic where they’re going to make money, go to a pregnancy health center. [They don’t charge you for their services.] Sit down; discuss all your options because an abortion is not your only choice. Life is a choice, adoption is a choice, parenting is a choice. Consider all the choices. Do not rush into anything. Someone else’s life and your life depend on your decision.

If someone is pressing a woman into an abortion, Everett advises that she get away from that person.

Find a pregnancy center. Find someone who has nothing to gain by you having an abortion. You do not want to be part of anybody gaining from your abortion. Go to your pregnancy center, go to your church, go to somebody. Sit down, and work through those things. [Your body is telling you] that baby is already beginning to grow into a normal baby – a human, a boy, a girl, a different blood type from you – so I would say find that support system that will walk with you and help you with the choice of life.

If a person is pressuring a woman into abortion, Everett says they should ask themself:

Why are you trying to get her to abort this baby? What sort of threat is that baby bringing to your life? Are you being selfish? Is this all about you? Or is this about her? Or is this about the baby? Why in the world would you force anyone to have an abortion?

Even if conceived in rape, she’s no less a baby. The woman is a victim, but making the baby a victim does not change anything. At some point the woman is going to discover that she killed her baby, not just the baby of the rapist, but also her baby and she will be traumatized by that, Everett says.

She shares that if a woman under the age of 18 has an abortion, she risks breast cancer by 50%; if 19 or older she risks it by 30%. If multiple abortions or a history of breast cancer in her family then it’s raised by 100%.

Human child at 7 weeks of development.

Everett says that other problems include a chance of sterility and that over 90% have “post-abortion syndrome.” She explains that abortion is no safer for a woman just because the baby is conceived in rape. If the baby is conceived in rape, then Everett believes God still has a plan for that baby and that there are millions of childless couples out there waiting for a baby who they can take in and love if the mother is not able to. From personal experience, Everett knows that abortion is not the answer. Abortion destroys women. She says that women should take care of themselves and give their babies life.

When asked about inconvenient pregnancies, Everett says that babies are born at inconvenient times all the time. The ability to really “plan” to have a baby is a fairly recent development. So inconvenience is not a valid excuse. The babies are still gifts from God that Everett says He ordained. Enjoy your gifts, she says, and give that baby life.

If you want to join a similar group to The Heidi Group, Everett suggests praying for where God wants to put you because there are a lot of roles you can fill. Go where the Lord tells you. Pregnancy centers are probably the most important because they work with women and girls every day.

Find one that fits you and get involved. This is a sin that is touching (everyone) in the nation. We can humble ourselves and pray but if we don’t turn from our sins, our wicked ways, God can’t heal this land so it’s time for us to end abortion. Use the gifts and talents God’s given you to do that.

If a woman were to find herself suddenly pregnant, the first thing Everett would counsel her to do is go to a crisis pregnancy center and discuss her options. Find a church, ask a friend, or ask for someone to drive you if can’t drive yourself. Crisis pregnancy centers are one of the fastest ways to get help with an unplanned pregnancy.

For those wanting more information, go to The Heidi Group’s website or contact them on the phone at 512-2550-2088. You can email the group through their webpage.