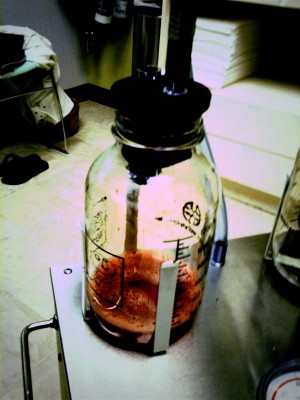 Maybe she shouldn’t be commenting on these issues. 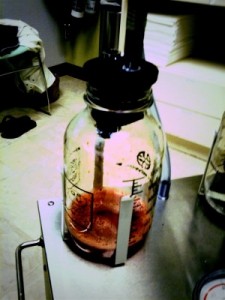 Amanda Marcotte, a radical pro-abortion blogger whose career peaked when she resigned in disgrace from Sen. John Edwards’ presidential campaign (think about that for a second) amidst criticism for filthy anti-Christian writing, isn’t exactly known for persuasive argument.

But her latest post at Raw Story, titled “The Reality of Abortion,” takes the sophistry to a gruesome new level. Marcotte uses the image on the right to “counter all the pictures of late-term fetuses—many of which are faked—that anti-choicers use to imply that a typical abortion is much later in the pregnancy than it is”:

So, for your edification, this is what your average abortion actually looks like […] This is an important image to hang on to for the next time you have an anti-choicer wanking about how this is “killing babies”. Ask them to find the baby in this picture, if they’re just so certain.

First, I would ask Amanda to take a good look at a fetal development gallery and reconsider her suggestion that only the late-term fetuses look like babies, and note that regardless of when most abortions take place, most of her side is just as committed to preserving the “right” to butcher those late-termers as they are the younger ones. And what’s this about faked images?

Second, the jar’s contents may not be recognizable as human remains, but considering that it still looks pretty bloody, I kind of doubt that displaying it will have the intended effect with as many people as Marcotte expects it to.

More to the point, outward appearance isn’t what defines humanity. That’s determined by whether an organism is genetically human, alive or dead, and genetically and functionally distinct from his or her mother – questions that are all answered with a resounding yes for the unborn at every stage after fertilization.

Make no mistake: despite trying to frame the discussion with talk of pro-life “misinformation” and pro-choice “edification,” Marcotte is trying to appeal to people’s sense of what’s superficially intuitive in order to derail them from thinking about or investigating the matter more deeply. Indeed, if you want to know how deep her own grasp of embryology is, just read the post’s comment section, where she says, “We were also all sperm and egg cells once. So every man who masturbates is committing genocide.”

Wrong again. So remind me: which is the side that values reason, science, and evidence?

Note well that humanity has a long history of judging one another based on outward appearance, and using those judgments to justify treating certain people differently. It’s not something most of us are proud of. The unborn are merely the latest in what Catholic philosopher Peter Kreeft calls “the category [we] invented to justify the killing.”

Mankind has worked hard and sacrificed much to stamp out the vile practice of exploiting superficial differences to exclude classes of people from the human family. Amanda Marcotte and her fellow travelers want to keep it alive. That is the reality of abortion.