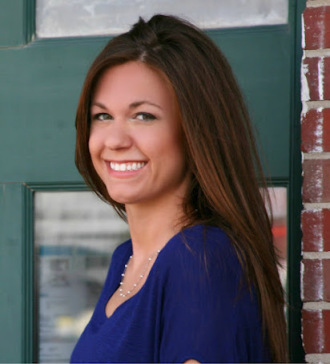 Where exactly is this hallowed “middle ground”?

Last month, Lila Rose appeared on Al Jazeera‘s program “The Stream” to discuss the implications of Roe v. Wade 40 years later. Lila eloquently defended the pro-life position against several pro-abortion advocates, three of whom admitted to having had abortions themselves.

One such pro-abortion advocate is Katie Stack. Katie is on the show as an “abortion clinic patient advocate.” After being asked to categorize the debate, she says she believes that the issue is absolutely polarized, but that it’s because of the anti-abortion movement wanting to make abortion illegal. Katie believes that when the movement says that abortion is murder, or a genocide, or a holocaust, it makes it hard to have a discussion. Well, such terms are being used because that’s how you accurately describe abortion. If it’s hard to have a discussion then, it’s because people don’t want to see abortion for what it truthfully is.

Lisa has this to ask: “[S]tates have been successful in passing laws that limit abortions, requiring parental notification, requiring a 24- to 72-hour waiting period. Why do you think states are having success with, um, these restrictions? Does it signal that people’s sensibilities are changing, as Lila’s talking about here?”

Katie’s answer shows that she doesn’t believe that sensibilities are changing at all; rather, she blames it all on “party politics”:

Um, I would say not necessarily. I think you definitely have to look at how party politics and the party system in our country works. Um, out of those restrictions that are being passed in, um, states that have majority Republican congressmen and, um, legislatures, so, definitely an aspect, you know, to that. But I do think that Americans overwhelmingly don’t understand how difficult it can be to get an abortion. So something like a 24-hour wait period sounds like a good idea, until you’re realizing that women have to find daycare for their children, they have to miss wages from missing work, they have to travel, sometimes across state lines, even, to be able to get to a clinic. The restrictions sound like a good idea in theory, until you apply them to the reality of the women’s lives, and you see that it just makes abortion inaccessible.

First of all, Katie brushes off “changing sensibilities” on Republicans passing anti-abortion laws. Her response as to why such restrictions may not work sounds typical coming from a pro-abortion advocate. However, it is she who doesn’t understand how such “restrictions” can help women have more time to make an informed decision before they go through with such an irreversible choice.

Ten minutes into the program, clips are shown of the March for Life, including those at the event who were interviewed. One woman speaks as to how her mother was raped but had her baby anyway. The woman interviewed was that baby and is alive today to tell that story. Lisa asks Katie if hearing that story makes her question abortion in any way – if it “had the potential to change the dialogue at all[.] … [D]oes it change the way you approach it at all?”

To an extent. I think – I mean, again, though, unfortunately a lot of the comments we’ve heard so far are about the fetus, and pregnancy is not without consequence for women. I mean, being pregnant for nine months, giving birth, you know, that, that is not something you can just do lightly. It’s something that requires medical attention; it’s something that can be very problematic and difficult, so whenever I hear stories like that, I always bring the, the – my thought always goes back to the woman in that position. And so while, you know, certainly we don’t want, um – I wouldn’t say that in retroactively I would want anyone to be killed by abortion, at the same time, my heart goes out to her mother and what her mother was experiencing. And if her mother felt that the best thing to do in that situation was to end the pregnancy, then absolutely she should have – she should have had that right.

Katie outright mentions somebody being “killed by abortion,” yet she bypasses the humanity of the situation completely, as she continues to support abortion no matter what.

After a powerful statement from Lila, Katie feels the need to turn to falsehoods in order to make her case. At around 28 minutes into the program, she mentions the number of women dying from abortion complications before Roe v. Wade and asks, “How on earth is that pro-life?” As we know, however, Dr. Bernard Nathanson, who made up those numbers, admitted that those deaths were grossly overreported. He did so in order to do what Katie herself may well be doing with her statements: scare the public into believing that women will die without legal abortion. And as we also know, women die from legal abortion as well. We also have a lot more pro-life resources out there to help women with their options and inform them of available medical care.

What seems like the most climactic moment of the segment is towards the end. According to Katie, women will not stop having abortions. One has to wonder, then: why not? Is abortion the only option that Katie is selling or advocating for women? Katie completely denies that women are being tricked by Planned Parenthood, and that they have abortions because they fundamentally want to have them. Katie must not have really encountered women thinking of abortion, who are vulnerable and scared. She must have no idea that 64 percent of abortions involve some sort of coercion. Perhaps Katie cares more about abortion than about the women themselves.

And then, at the conclusion of her rant, Kate admits that she herself has had an abortion.

I mean, like I said before, women are not going to stop having abortions. And it’s not that they’re being tricked by Planned Parenthood, or any other organization to have an abortion; it’s because they fundamentally want one. I’m a white, middle-class woman; I was well educated; I had every resource available to me to raise a child, should I want to, but I chose to have an abortion, because I fundamentally did not want to be pregnant and give birth. So, I mean, we can have – I think we need to have discussions about how we can make there be actual choice, so women don’t feel like they have to have an abortion because they don’t have access to other things. But that’s not going to get rid of abortion.

In Katie’s answer lies the sadness and the selfishness of abortion. Her choice to have an abortion caused the death of an innocent unborn life with great potential. A baby girl or boy paid the price of death because Katie didn’t want to have her or him. If Katie sticks to her fundamental mantra that women are going to have abortions, no matter what, even with “every resource available,” then what is the middle ground here?

People like Katie are always going to want to have abortions available – no matter what, it seems, and no matter the cost. Can we even dream of reaching a middle ground? Until people like Katie see abortion for what it really is, it seems doubtful. And it won’t be the fault of the pro-life movement.