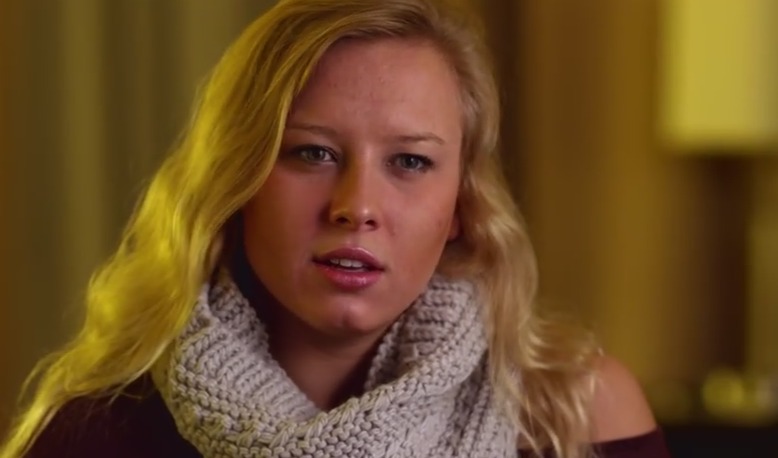 Paralympic swimmer Jessica Tatiana Long was born in Russia and lived there until she was adopted after she turned one. Her adoptive family was American, and Jessica was raised in a suburb of Baltimore, Maryland, where she grew to love swimming from a young age. Jessica’s legs had to be amputated shortly after she came to the United States with her adoptive family, but that didn’t hold her back from pursuing sports growing up, and learning to love swimming. In 2004, at the age of 12, Jessica was the youngest member of the U.S. Paralympic Team at the games in Athens, Greece.

Ten years later, she competed in this winter’s Paralympic games in Sochi, and an NBC crew traveled with her to meet her birth parents, for the first time, at the age of 21. They filmed a 20-minute documentary of the event entitled Long Way Home: The Jessica Long Story, which aired this past weekend toward the end of the Sochi Olympics.

When I first see my Russian family, I want them to know– I want them to know that I’m not angry, that I’m not upset that they gave me up for adoption. I think that was really brave. And I don’t know what I would have done if I was in her situation at sixteen, you know, having this disabled baby that they couldn’t — that they knew that they couldn’t take care of. And I want , I want to tell her that when I see her, you know, if anything, that I have so much love for her, my mom, because she gave me life.