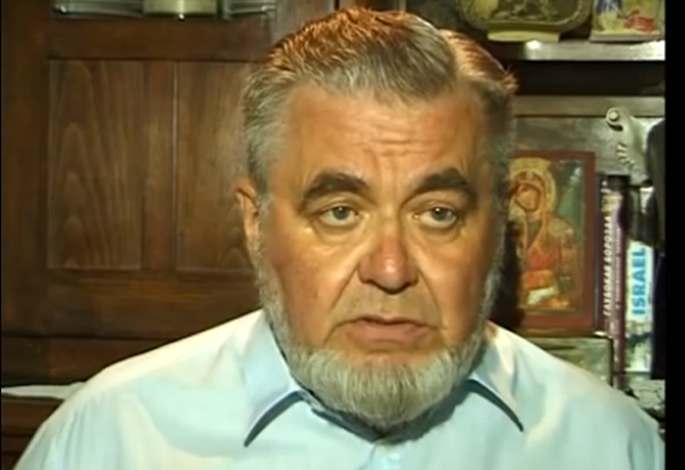 It should have been a routine abortion in the early second trimester. The woman was having her ninth abortion, as former Serbian abortionist Stojan Adasevic describes in the documentary “The First Hour.”

Adasevic, who is now a pro-life leader in Serbia, had performed over 48,000 abortions before doubts about the procedure made him stop —other sources claim that number is closer to 60,000.

Adasevic credits his pro-life conversion to two things: an unusual series of dreams, and this particularly disturbing experience he had while performing what should have been a routine abortion. He describes the procedure:

I opened up the womb, tore the placenta, the birth waters flowed out, and I got to work on the inside with my abortion forceps. I grabbed something, crushed it a little, removed it, and threw it onto a cloth. I look, and I see a hand – quite a large hand. The child was 3, perhaps 4 months old. I had no tape to measure it.

At three months, a preborn baby is fully formed with fingers and toes. All of the organs and body systems are present. The baby has fingerprints, and breathes amniotic fluid in preparation for life outside the womb. Adasevic goes on to say:

Someone had spilled some iodine on a part of the table and the hand fell in such a way that the nerve endings came in contact with the iodine. And what happened? I look and I say, “my God, the hand is moving by itself.” I nevertheless carry on with my forceps, and again catch something, crush it, and pull it out. I think to myself, “let it not be a leg.” I pull, and look. A leg.

I want to put the leg on the table, carefully, so that it isn’t near the moving hand. As my arm falls, I hear a bang behind my back. I jumped, and automatically, my grip on the forceps loosened. At this very moment, the leg completed a somersault and fell next to the hand.

This strange and terrible experience opened Adasevic’s eyes to the horror of what he was doing. This powerful encounter with the humanity of the preborn was stark in contrast to the training he received. In the documentary, Adasevic describes his daily work as an abortionist:

He had been trained to regard the preborn baby as subhuman. He had been taught that life did not begin until after the baby was born.

They taught us and they taught us, told us that life began with the first cry. When a baby cries for the first time. That up to that moment, a human being is like any other organ in a woman’s body, like an appendix. The removal of an appendix from a mother’s body is not murder.

Only a child that had been born, and had cried, could be killed. It hasn’t cried, then there can be no talk of murder. That is why, immediately after birth, children were taken and their heads submerged in a bucket of water. A child that would take in water instead of air. And would never cry. That was, therefore, not regarded as murder. Terrible, but that was how things were.

Abortion and infanticide, then, were morally permissible. Both were legal. Adasevic said he first began to question abortion when he began having unusual dreams. The documentary notes:

He dreamed about a beautiful field full of children and young people who were playing and laughing, from 4 to 24 years of age, but who ran away from him in fear. A man dressed in a black and white habit stared at him in silence.

The dream was repeated each night and he would wake up in a cold sweat. One night, he asked the man in black and white who he was. “My name is Thomas Aquinas.”

“Why don’t you ask me who these children are?” St. Thomas asked me in my dream.

“They are the ones you killed with your abortions,” St. Thomas told me.

Thomas Aquinas would be a strange figure to appear in an anti-abortion dream. He didn’t address abortion directly in his writings and did not believe life began at conception. He believed that the soul did not enter the preborn baby until 40 days after conception (for a boy) or 80 days (for a girl).

Ultrasound had recently become available, and it showed moving pictures of preborn babies. The new technology did not sway Adasevic – but he started having the series of dreams.

After the disturbing dreams and the horrific abortion experience, Adasevic told the hospital where he worked that he would no longer do abortions.  His pro-life conversion came at great cost:

Never before had a doctor in Communist Yugoslavia refused to do so.  They cut my salary in half, fired my daughter from her job, and did not allow my son to enter the university.

Adasevic has worked to change hearts and minds. He was responsible for the airing of a pro-life documentary on Serbian television. His dramatic conversion story is chilling, but also inspiring. A dedicated abortionist has become a pro-life hero.

Incidentally, Adasevic owes his life to another abortionist’s mistake. His mother was pregnant with him when she sought an abortion, but the abortionist botched it and he was born alive.

Editor’s note: This article has been updated to more clearly describe how Thomas Aquinas did not write in support of or opposition to abortion.