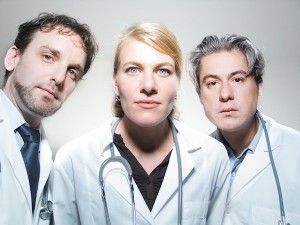 “An admitting privileges law is a TRAP (Targeted Regulation of Abortion Providers) law. The main intent of TRAP laws is to stop abortion through legislation that doesn’t outright make abortion illegal—because that would be unconstitutional and unenforceable—but instead through forcing clinics to close. TRAP laws tend to place unnecessary burdens and stigmas on abortion providers.”

So – the question is, is requiring admitting privileges for abortion doctors specifically targeting them? Is mandating that abortionists get admitting privileges before they can do invasive surgery on women’s bodies unfairly imposing unnecessary medical standards? Well, let’s take a look.

The American College of Surgeons  released the “Statement on Patient Safety Principles for Office-based Surgery Utilizing Moderate Sedation/Analgesia, Deep Sedation/Analgesia, or General Anesthesia.” These are guidelines for all forms of outpatient surgery including eye surgery, plastic surgery, and, yes, “reproductive” surgery.

In 2003, an ACS/AMA (American College of Surgeons, American Medical Association) had a meeting which was chaired by LaMar S. McGinnis, Jr., MD, FACS, of the ACS and Clair Callan, MD, of the AMA. The participants unanimously came to the conclusion that:

In fact, there was not a single organization involved in the meeting that did not agree that admitting privileges should be the standard for all outpatient surgery. It was unanimous.

Yet Planned Parenthood and pro-choice activists would have us believe that all of these organizations are all wrong and that abortion providers should not have to have admitting privileges. They would have us believe that, despite the most reputable medical organizations in the country saying that their members should have admitting privileges, abortionists don’t need them.