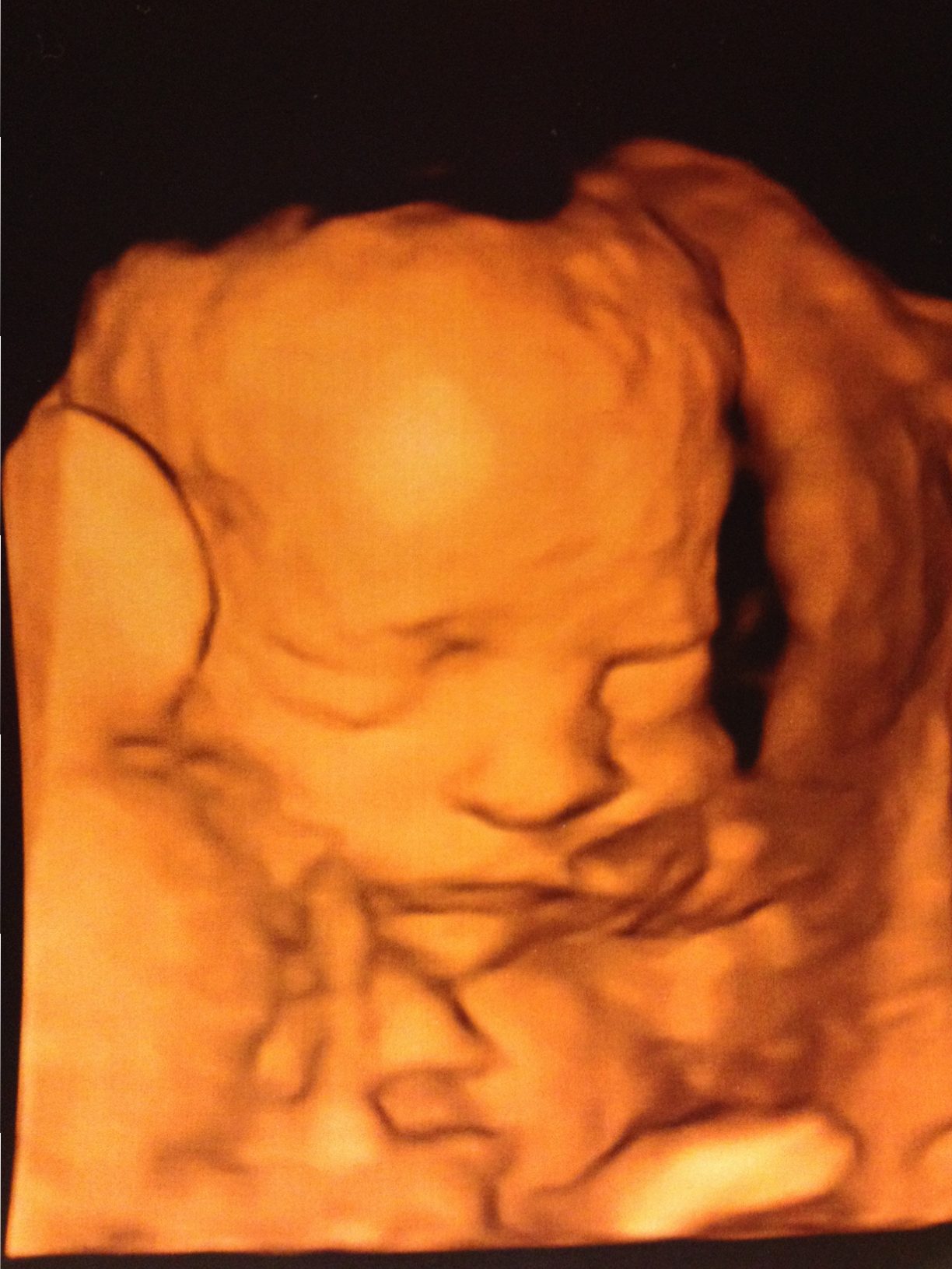 Apparently abortion advocates can’t even admit that a preborn baby who could survive outside the womb on her own is a child (or, in one case even a human life). Colorado’s legislative session has brought a number of debates on abortion-related topics, and at least two of the hearings, Representative Gordon Klingenschmitt has held up a 3D ultrasound photo of a 28-week-old baby and asked abortion supporters to tell him whether she is an unborn child. This baby is Lydia Neville, the daughter of another state representative, Patrick Neville.

Karen Middleton, the Director of NARAL in Colorado, responded to Rep. Klingenschmitt’s question by first commenting, “You do like the visuals, don’t you?” Ironically, it is the abortion industry – NARAL included – that does not like the visuals of human life and abortion.

Few people are able to look in the face of a preborn child and deny her humanity. Few people are able to hear the facts of fetal development – which include a heartbeat at 3 weeks, readable brain waves at 6 weeks, and rolling over, touching hands and face, and squinting by 8 weeks – and deny a baby’s humanity. All of these things and much more occur in the first trimester, when the majority of abortions are committed.

Fewer still can see a photo of a baby who could survive outside the womb with a near absolute certainty – like Lydia Neville – and claim she is not a child yet. (Fetal viability continues to move up, and the earliest known babies to survive with modern medicine were born at 21 weeks and 5 days and 21 weeks and 6 days. More info on viability is available here.)

However, that’s exactly what Middleton did. She chose to focus only on Colorado state law (which lags behind many states even in fetal homicide laws). Middleton answered: “It depends on whether you’re talking about this as a matter of state law, in which case, that is an unborn fetus, and that’s the way it’s defined in Colorado state law, and I leave it at that today.”

Middleton seemed to think that calling Lydia Neville a “fetus” would deny her the title of child. In reality, fetus is a developmental stage of every human child, just as neonate, infant, and toddler are. Lydia covers her face with her hand and kicks up her feet.

In a separate hearing, Rep. Klingenschmitt showed Lydia’s picture to Reverend Amanda Henderson, Executive Director of the Interfaith Alliance of Colorado – a group that often likes to claim religious support for abortion. Henderson answered, incredibly: “This represents potential life…but that is not everyone’s decision.” She asserted there is “not one religious view of when life begins.”

However, the Colorado legislature was not attempting to debate the religious view of when life begins. If all world religions are considered, there are of course, differing beliefs. Yet Henderson could not even acknowledge that basic science definitively calls Lydia a new, unique human life, and has called her that from her very beginning. There is no real debate in science on when a new human life begins.

“Although life is a continuous process, fertilization is a critical landmark because, under ordinary circumstances, a new, genetically distinct human organism is thereby formed…. The combination of 23 chromosomes present in each pronucleus results in 46 chromosomes in the zygote. Thus the diploid number is restored and the embryonic genome is formed. The embryo now exists as a genetic unity.” [O’Rahilly, Ronan and Miller, Fabiola. Human Embryology & Teratology. 2nd edition. New York: Wiley-Liss, 1996, pp. 8, 29. This textbook lists “pre-embryo” among “discarded and replaced terms” in modern embryology, describing it as “ill-defined and inaccurate” (p. 12)]

Lydia’s ultrasound photo demonstrates the lengths to which abortion advocates are willing to go to deny the humanity of children. In order to exalt abortion to an untouchable pedestal, an unquestionably alive human child is not even a child until she literally passes through the birth canal. Until that point, she is merely “potential life” that can be taken at will.