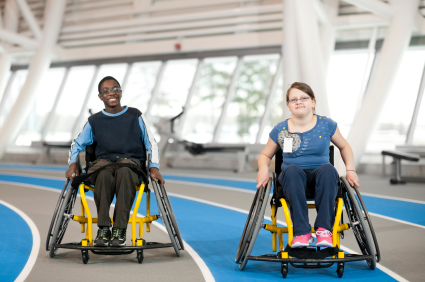 Should these beautiful people be stripped of their legal rights?

Apparently you should have the right to live only if you also have the ability to walk.

In the fall of 2008, I debated a woman named Fofi on the “Colorado Decides” program. We were debating the pros and cons of the 2008 Colorado Personhood Amendment. As we were discussing when people receive legal protections, Fofi said:

In the state of Colorado they acquire those legal rights when they are living and breathing and walking around like you and I are.

Before we get into her statement, I have to say that on a personal level, I really liked Fofi. I thought she and I could have been friends, given a different set of circumstances. And I still think of and pray for her from time to time. I hope she also has good memories of our interactions – they always seemed pleasant to me, despite our adamant disagreement.

Fofi was chosen by the No on 48 campaign (48 was the number assigned to the Personhood Amendment) as a spokesperson and debater. She was skilled and ready with answers – a worthy opponent. Sadly, however, some of Fofi’s answers revealed the true problems underlying America’s abortion industry.

Time and again, pro-life advocates have argued that the basic premise of the abortion industry is this:

If you are unwanted or too dependent, you deserve to die at the whim of your mother.

Fetal homicide laws prove this argument – perhaps unintentionally – as many of the laws make an exception only for mothers (or doctors with mothers’ permission) to kill their children. The problem is that, when one group of people is allowed to kill another group of people at will, it is only a matter of time before that permission spreads to even more people. You can see this happening with euthanasia in Europe.

In September of 2008, the Denver Post printed a commentary written in support of Personhood after the “Colorado Decides” debate:

Unless our laws are built on honest premises and sound science, we will continue down a dangerous slippery slope in which confusion reigns. In the last few decades, the personhood of the unborn has been confiscated. The door is opening for taking away the lives and dignity of the elderly, sick and disabled, unless we act now. …

Her [Fofi’s] response is simply a further expression of the confused, stale, outdated abortion politics that have dominated the last few decades.

People my age realize a full one-third of our generation isn’t here because of abortion on-demand. That’s disconcerting. Requiring legislators to take into account the personhood of every individual when making laws is long overdue.

Fofi’s statement in our debate highlights the depravity of the abortion industry. According to her (and she’s not the only one to argue for this type of position), a human being ought to be able to breathe and walk around “like you and I are” before they have legal rights. Note that the legal rights being referred to in the debate were basic rights, like the right to life recognized for all people in the Declaration of Independence.

How many people would be excluded and left without basic rights if America were to adopt this position? What about people who can breathe only with the aid of a ventilator – people like preemies and car wreck victims? What about people who cannot walk around like you and me – people like paraplegics or people with muscular dystrophy? When a person becomes paralyzed or unable to walk without help, does she suddenly lose her legal right to life? According to Fofi’s argument, the answer would be a terrifying yes.

NOTE: To my knowledge, the video of the “Colorado Decides” debate between me and Fofi is not available online. However, if you would like to obtain a copy, you can contact Colorado Public Television to request it.