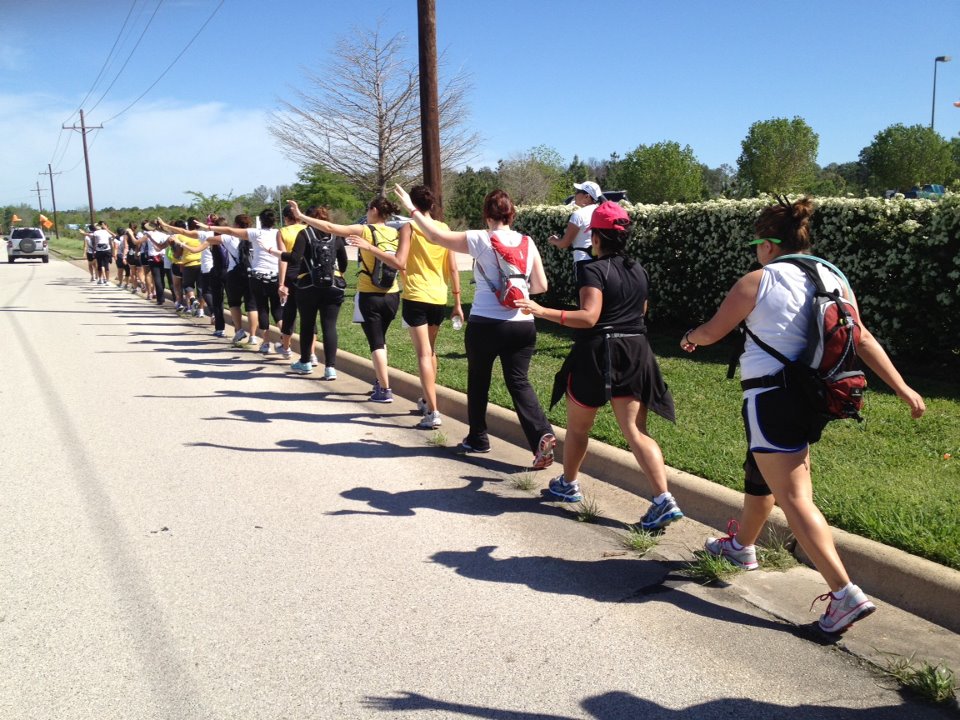 Spring days in Texas can be hot. Thirty-nine brave women are taking on the heat by walking 270 miles, from Houston to Dallas, for the ending of abortion. Laura Allred, founder of the Back to Life movement, is behind this remarkable journey.

Laura had a pre-emptive  strategy to make a public stand against abortion before the 40th anniversary of Roe v. Wade. She began looking for 39 women who had all been negatively affected by abortion. Her dream was to have them walk from the massive Planned Parenthood Supercenter in Houston to the steps of the Dallas Courthouse, where Roe v. Wade was first handed down. Each woman would represent one year of legalized abortion in our nation. It would be a 21-day prayer adventure, with video updates and tweets going out daily. After months of planning, fundraising, and intense training, Laura’s dream became a reality.

They started on March 17, 2012. After almost two weeks of walking, the ladies are still going strong. Blisters, sore feet, bruises, and exhaustion are not holding these champions back. They refuse to quit. They are black, white, Hispanic, and Native American. Some are single women in their early 20s, while others have temporarily left husbands and children to do this walk. Their stories range from surviving an abortion to being post-abortive to losing sisters and brothers because of abortion. They are all fiercely committed to seeing Roe v. Wade overturned and a generation set free from death.

Every day they walk around 12 to 13 miles. Some days they split into  groups, with each group walking a section of the allotted miles for that day. They’ve walked through rain, thunderstorms, and the blazing Southern sun. While they walk they pray, sing, laugh, and shout declarations of life over the nation. They are beautiful women, full of passion and strength.

My close friend, Crystal Camacho, is one of the 39. She is a Hispanic young woman who has been in the pro-life movement for almost ten years. She lived in D.C. for a couple of years and has spent countless hours praying for the judges of the Supreme Court. Crystal believes she will see righteousness and justice embraced by our government. She is an inspiration to women of all ages.

This journey ends with a bang. On April 6th, the women will join thousands of other ladies at the Dallas Convention Center for the “Esther Call” gathering. Esther was a young Jewish woman whose brave petition saved her people from annihilation. This Call will be a time where women can follow Esther’s example by crying out against the annihilation of the unborn. From noon to 8pm, women will fast and pray for the reversal of Roe v. Wade. This will be a historic moment. Every mother, daughter, sister, and grandma is invited to come.  Click here to watch Lila Rose’s video invite.  If you can’t make it to the Call, you can still watch the ladies’ video broadcasts live every day at www.backtolifemovement.com.