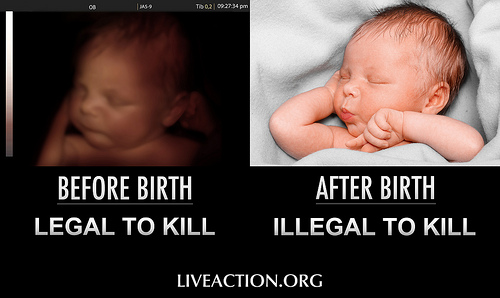 Outside the womb it’s called a baby; inside, it’s a fetus. Outside, we rush them to the hospital for care; inside, we inoculate them with sterile surgical equipment in the soft spot. Outside, it would be murder; inside, it’s called “termination.” Why the change in terms? 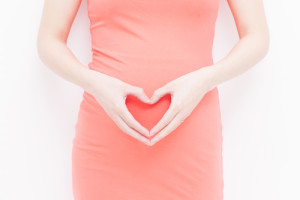 Let’s call it like it is. If we are for it, we should understand the procedure – the ins and outs, the ups and downs, the good and bad. At just 3 weeks, the heart is beating; the DNA is coded in every cell. The brain is developing, and yet in most cases not even the mother knows of the miracle growing inside. In Texas alone, in 2009, we ended 77,630 of those miracles. That’s 77,630 heartbeats stopped, 155,260 little feet that will never take a step, 155,260 eyes that will never see the light of day, and 776,300 tiny fingers that will never hold their mommies’ hands.

It wasn’t something talked about in my house. The rule was you don’t do this, and “it” will never happen. But the “it” happened to me, and that “it” changed my life forever.

It was cold that December, my first to be away from home. I was making bad choices and defending them with even worse excuses. I became pregnant. I was scared, alone, and so lost; I didn’t know where or whom to turn to.

I started looking for help, and immediately found answers through Planned Parenthood. They said, “Women feel relieved after,” so I made the call and set up the appointment. The women told me, “We have donors who will pay for the procedure if you cannot afford it.” Looking back now, it sounds silly that someone would donate to a procedure as such.

Then I did something I had no real knowledge about, the one thing I thought I’d never do: I had an abortion.

In 2010, I found out about a group called Embrace Grace (EG). Embrace Grace is a nonprofit organization that inspires the church to help young women who are single and pregnant. The leaders instill strength and perseverance through the tough situations. They lift spirits and confidence, too, all by their own testimonies. They give opportunities and display compassion to those who are hurting. Leaders raise money to host baby showers to equip mothers with their babies’ needs, from bottles to cribs to rides to the doctor, and emotional support, too.

I did not find out and attend this group by chance. I was one of the misdirected girls in that group; I was pregnant again. However, this time was different. I had a support system – not just the other girls in the group whom I became friends with, but a whole group of leaders who told me, “You can do this!” They displayed love and compassion and told me my baby was a gift, and – something that still boldly stands out to me – they said I was a gift, too.

While pregnant with my son, I started having flashbacks. The whole procedure would echo in my head, becoming so vivid: the nurse’s cold hands, the loud sound of the vacuum pump, the smell of the clinic, the pain of my child literally being sucked out of me. The depression and pain started setting in. I became paranoid of my son’s safety and would often cry in fear of him being taken away. I would beat myself up daily with the “what ifs,” the “could- have-beens,” and literally exhaust myself replaying my actions. This is the information Planned Parenthood fails to disclose.

Hours after the delivery of my son, I remember holding him in that hospital rocking chair and one of the EG leaders walking in. I became so overwhelmed with emotion; the tears just started rolling down my face onto my son’s. Had the EG leader not intervened when I was only 12 weeks along, I may have not been sitting there holding the one thing I love most in this world, the one thing that gives me strength, that loves me no matter what and is always there for me: my son.

In 2009, had I felt the support and love Embrace Grace gives, there would be one more heart beating, two more little feet dancing, and one less mother in suffering. It’s beyond essential to love these girls in such hard times and to let them know they are not alone, to be a guide and lead by example, to give them strength in times of weakness and to lift them up when they are down. To forgive them, and more importantly help them forgive themselves. The significance of showing young pregnant women alternatives after becoming pregnant is imperative to them, their babies, and this world.

Written by an Embrace Grace Alumni for her college paper, anonymous

For information on how to start your own Embrace Grace support group at your local church, visit www.iembracegrace.com for information. And for more EG testimonials, grab the book A Bump in Life: True Stories of Hope & Courage during an Unplanned Pregnancy at a bookstore near you.