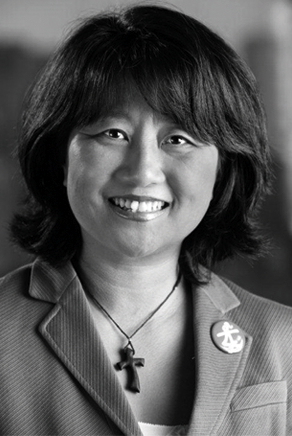 What type of woman would take on China and their One Child Policy? The same woman who led students in the protest at Tiananmen Square in 1989 and found her name on China’s most-wanted list after the government cracked down on the protest, killing and wounding thousands of Chinese citizens.

Chai Ling is that woman, and in her book, A Heart For Freedom, she tells her compelling story. It’s the story of a girl who at the age of ten was put in charge of her younger sister and brother and grandmother while her parents were away for a year serving as army doctors. She loved her country and studied hard, eventually earning a place at the prestigious Beida University in Beijing (Peking University).

At Beida Chai Ling was exposed to new ideas and learned that improvements were needed in the Chinese government. When students planned a peaceful protest in Tiananmen Square, seeking dialog with government officials, Ling stepped into the role as student leader. She escaped the June 4 massacre and was forced to flee from Beijing and ultimately from China. Now she and her U.S.-based organization, All Girls Allowed, fight to expose the injustice of the One Child Policy.

Chai Ling knows what it is like to be a Chinese woman facing pregnancy without a birth permit. In her book, she tells of that first abortion:

After my father registered me, I was taken into an operating room, where a middle-aged woman was waiting.  She wasn’t mean, just matter-of-fact, as if accustomed to this kind of operation.  The room was cold.  With no anesthesia, she inserted a long tube into my body, and I felt the pain of cutting and heard the sucking sound of a vacuum.  I was in agony, but I couldn’t move or cry out.  Next to me, an empty bottle began to fill with pinkish white foam.  I felt the blood drain from my face, and my heart was in shock.  As I felt I was about to faint, I heard the woman’s harsh voice. “Are you okay?  If you can’t do it, I will leave and come back later.” “Oh, please don’t leave,” I begged. “Just finish it.”  I could not imagine having to go through this procedure again.  Clearly not pleased, she looked at my face carefully and then continued for what seemed like a century before the noise finally came to an end. When she left the room, I looked at the bottle by my side.  It was filled with redness. Half an hour later the woman came back and told me I could go.  I managed to walk out of the room and saw my father in

the lobby.  When the woman told him the procedure was finished, he nodded and started walking.  I followed along behind.  Pain and shame engulfed me.  We went back to the bus and road the two hours home without saying a word.

After this first occurrence, Ling was forced into two more abortions.

I commend Ling for her bravery in publicly sharing those dark times in her life. Now she is devoting her life to protecting others from being forced to endure the experiences she was subjected to.

To learn more about this remarkable woman, purchase a copy of her book here.