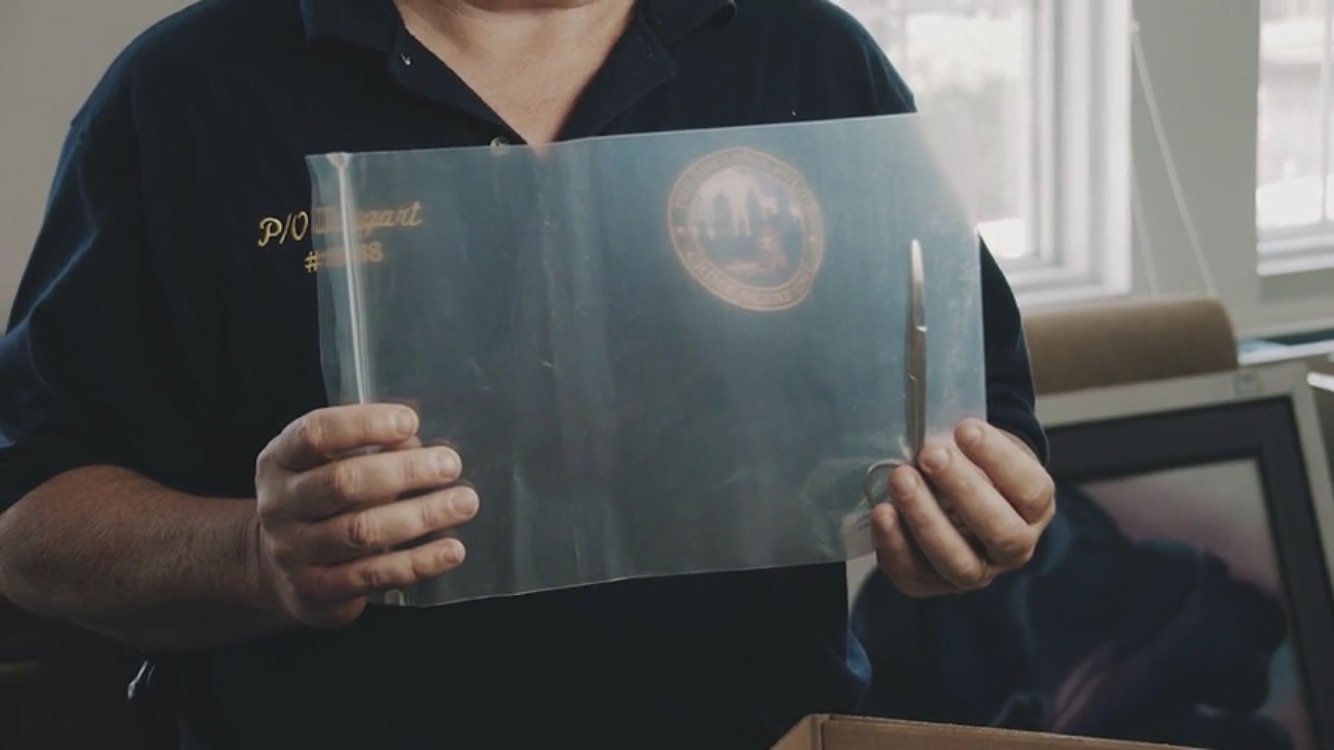 While lilting, otherworldly music strums in the background, the voice of Kermit Gosnell comes through the phone. His cousins contemplate how a man who they are “quite sure” knew right from wrong could commit such atrocities.

Gosnell’s neighbors remember him, that he “took to the children,” that he kept snakes in a cage in his home. The police officers who first stumbled into the formerly “Good Doctor’s” twilight zone were puzzled by the foot-and-a-half length turtles who banged up against their tanks in the waiting room.

It turns out reptiles weren’t the only life forms Kermit Gosnell liked to cage.

3801 Lancaster: American Tragedy opens in theatres today. The chilling documentary poses a host of questions that are uncomfortable to consider. How did Gosnell become so “very evil”?

Throughout American Tragedy, Philadelphia District Attorney R. Seth Williams rails against the inhumanity to man that was Kermit Gosnell. “My comprehension of the English language doesn’t and cannot describe the barbaric nature of Dr. Kermit Gosnell,” he says. Williams turns his ire towards an inept and corrupt state government that did nothing for years. The film eerily goes through a list of all the times Gosnell could have, should have, would have been caught. If only those in power would have cared. Reports and complaints – including a highly descriptive one by a former employee – were ignored. Dead women were coldly pushed aside. Even the National Abortion Federation, dealing with the personal knowledge that Gosnell’s clinic was the “worst abortion clinic” its inspector had ever entered, refused to take action.

And the snipping of necks continued.

Gosnell, in a shocking statement, admits on film that the abortions he performed – sometimes forced – were “best for them as well as for our society.” He continues, “When you’re in a situation where there’s no good answer, sometimes you have to take the answer that is less offensive, that is less traumatic, that is less expensive for you long-term.” Police officer: “Come up with your own conclusion how many necks this pair of scissors potentially snipped. … I didn’t think they would look as human as they were.”

Clearly, the women he violated (and the babies, could they speak) dispute Gosnell’s determination of “offensive” and “traumatic.” One young woman –  a rape victim – speaks on film about what appears to be her forced abortion at the hands of Gosnell:

When they put the heart monitor around me, that was when I decided, I can’t do this. …

With tears streaming down her face almost constantly, her pain so palpable you can feel it, the woman says:

I went to him because as a child I was taught that policeman and firemen and doctors were people that you could trust. And you can’t even trust them anymore.

As a result I can’t have babies. I want a child, but I can’t have that. … Every year that goes past, I think of my baby that I would have had. I just never been violated to that extent. But the violation carried on. It wasn’t a violation that stopped. This is goin’ on for the rest of my life.

In the name of “access to abortion,” women were abused, sterilized, killed. Children were tortured, mangled, killed. “Abortion access” led to one thing: death.

And yet, in a subtle way, American Tragedy leads us to the water where we must ask whether ‘normal’ abortion is any different.

Descriptions of regular, common, non-Gosnellian abortions accurately explain how babies in the first trimester bend in strange contortions, “wrung like a dishcloth, twirled and squeezed,” until their bodies are sucked, backbone last, into a catheter. In the popular D&E procedure, little feet (like those in Gosnell’s jars) are ripped off, too, along with little legs, little arms, little stomachs, and little heads. Babies in every trimester of abortion are documented trying to swim away from the instruments, mouths open in a horrified silent scream.

Is this Gosnell, or is this abortion? And do we really want to answer? As one of the police officers on scene puts it: “It’s just something you never thought about. What is the abortion process?”

On the film, an official who is clearly distraught over the nightmare at 3801 Lancaster exclaims over the man who was “allowed to butcher women, to butcher babies, and nobody did a damn thing about it!” The police officers still have yet to get over what they saw firsthand – will they ever? Should they?

We open up the cabinet, and we see five jars of feet. They were small, but they were defined. I mean, the toes, the ankle, the, the soles of the feet. You knew.

Once you saw the feet, you knew, you knew like I said before, that this was different from any job we’ve ever handled.

Is this what the devaluing of human life, the dehumanization of those smaller and less developed than us leads to? Would it really have been more acceptable if the police officers had found five jars of preserved 12-week-old baby feet or entire bodies of 6-week-old babies? Is a human a human at any age, at every age?

Did the age of these babies when executed by Kermit Gosnell make the difference, or the fact that their humanity was ignored, controlled, and taken from them? Do we mourn the loss of these children only because we can see their frozen bodies on film, or because they are children who were killed? Are we willing to face the fact that children among us are killed at the rate of more than one million every year, more than 3,000 every day, more than 125 every hour, more than two every minute – in the U.S. alone?

How can we comprehend such loss, such death, such an American tragedy? 3801 Lancaster: American Tragedy wades into deeply disturbing waters, taking its captive audience along. And yet, when we consider that all this happened in a typical American city – Philadelphia, the City of Brotherly Love – how can we think ourselves exempt?

Find out where you can see American Tragedy here.