Abortion is not “normal,” no matter how many ad campaigns you run.

1 in 3, an abortion-supporting group, has plans to begin an advertising campaign this week in Ms. Magazine. I happened upon 1 in 3’s website a while ago, and what I saw really made me step back and take a look at what they’re doing. They take the videotaped stories of women who have had abortions and upload them to their site in an attempt to “end the cultural stigma and shame women are made to feel around abortion.”

Here is a copy of the ad: 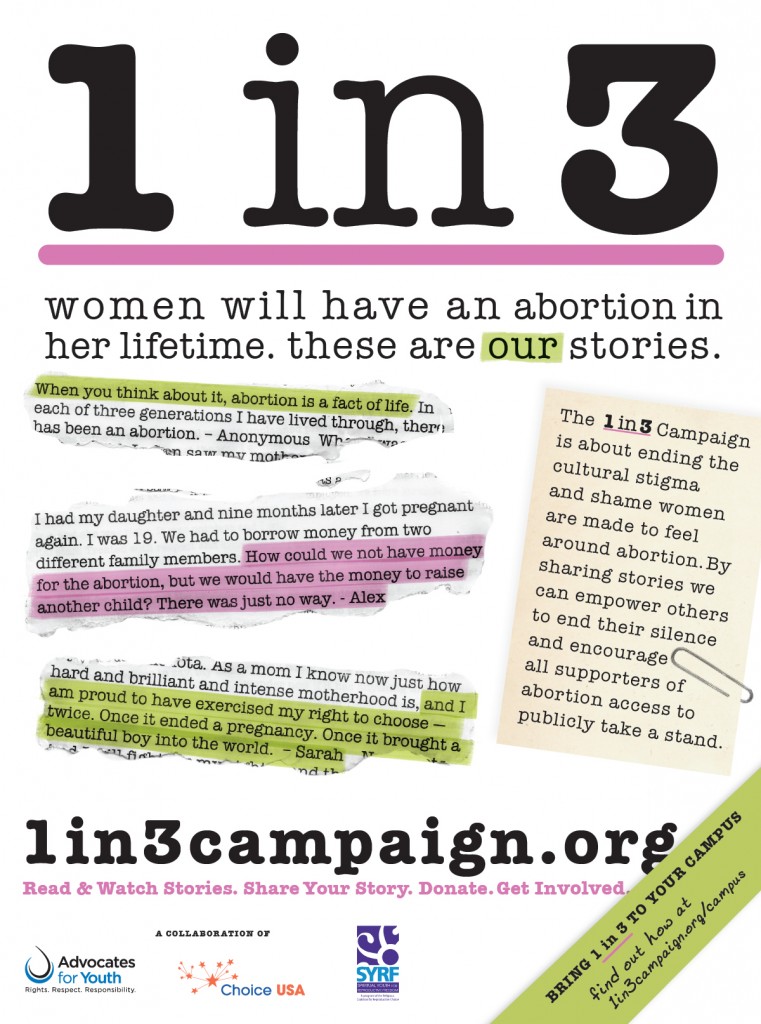 If abortion really were normal, why would women feel ashamed after having one? Why would they feel this hidden stigma of being different? If it was normal, people wouldn’t debate it. We wouldn’t write articles about abortion, nor would people dedicate their lives to eradicating something as “normal” as drinking a glass of water. The point is that abortion is a terrible thing. It hurt these women, which can be plainly seen in the videos. Take this one for example:

I have every sympathy for women such as this who have been hurt by abortion. I don’t “shame” women who have been through abortion, and I do believe we need to be there to help them sort through the aftermath of such a horrific choice. This stigma 1 in 3 talks about is a stigma of being different, because abortion is different. And it hurts. Everyone deals with trauma differently, and it seems to me that the women of 1 in 3 have chosen to cope with their abortions through trying to normalize what they did.

Whether or not you believe abortion if wrong, would you start an advertising campaign for something you claimed was completely normal?